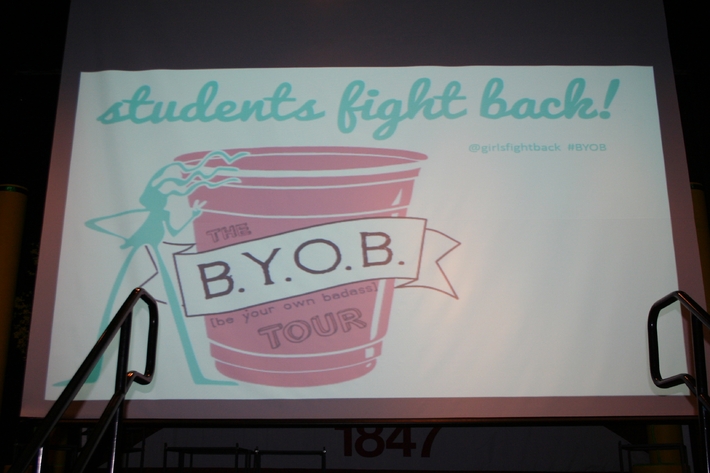 Girls Fight Back teaches women how to live a “badass” life; providing women with basic personal safety and self-defense.

“The skills learned would not only help us here in Loretto, but also out in the real world once we leave Saint Francis,” said SGA senate member Kylie Connor.

Students who attended the event learned how to protect themselves when faced with a situation that is less than ideal.

“This event was incredibly important. The skills you learn in college tend to stick with you, whether academic or social,” said Connor. “Providing this program to the student body allowed interested students to learn how to build their social profile and will only benefit them in the future.”

“I was speaking with Gina (the owner of GFB) about the event and told her in my 3 years of speaking this is hands down my favorite and best Students Fight Back event,” said Swartz. “The energy was just wonderful. I left on a high.”

Girls Fight Back was brought to SGA’s awareness from the sub-committee on alcohol awareness. Students who attended the event rated it as excellent; some students even said it was the best presentation ever given at Saint Francis.

“Together, the students made this program an amazing one that I hope people will never forget,” said Connor.