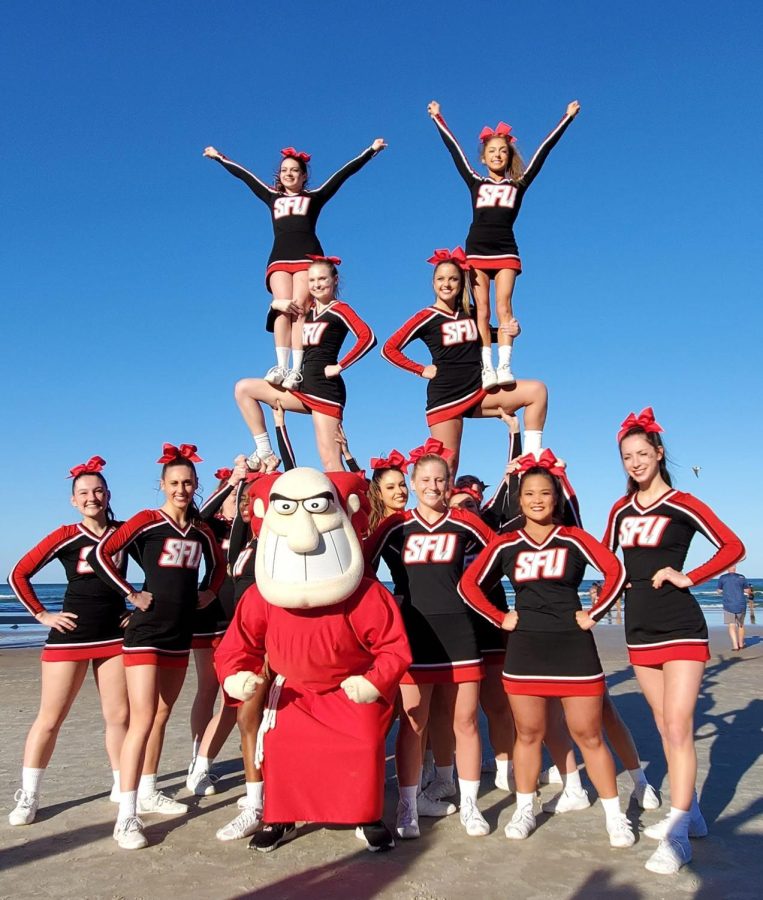 SFU competed in a field of more than 400 other squads from April 7-9, with some schools sending up to four teams. Teams that competed at the event included Navarro and TVCC from the hit Netflix show “Cheer.”

The SFU cheer team placed eighth out of eight squads in its category. The team’s head coach, John Anderson, was pleased with the performance.

“We had our best showing of the year,” said Anderson.

SFU had not competed at the event since 2019 due to the pandemic.

“With so many teams returning after years away due to COVID, this was the largest college competition NCA has held to date,” said Anderson.

The team put in extra work in the months leading up to the finals.

“We added an additional Sunday practice this semester to prepare,” said Anderson. “Each practice, we warmed up exactly how it was planned in Daytona.

“We knew it would be near impossible to win the Advanced All-Girl Division I category with the caliber of teams in it. Our goal was to hit 73 points on the scoresheet, which we surpassed both days.”

Anderson said his team benefited from the experience beyond their performance.

“Seeing the best college cheer teams in the country is motivational. I think our returners are excited to get to working on next year’s skills as we build this program.”