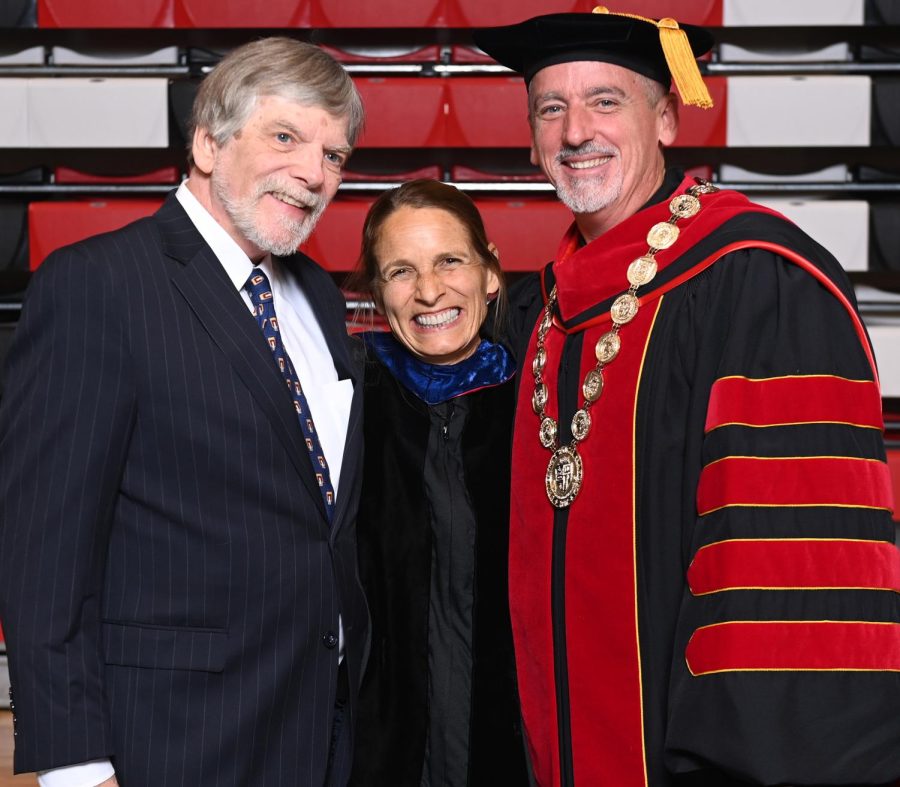 Rosemary Bertocci, Chair of Franciscan Studies, Theology and Applied Ethics, will retire at the end of the semester. She will leave a legacy of giving and service to others, one that stretches over more than a quarter of a century at SFU.

Bertocci joined the University faculty in 1993. Since her arrival on campus, she has demonstrated great humility and an abundance of kindness and generosity to those living on the margins of society.

Her work with the Dorothy Day Outreach Center has garnered widespread praise from her colleagues.

While Bertocci has been integral to the success of the Dorothy Day Center, she said that the DDOC was also important to her success. She recalled an experience early on in her teaching career.

“One day, I confided in Brother Gabriel Amato, the Director of the Dorothy Day Center, ‘I am afraid,’” said Bertocci.

She told Brother Amato that she was a naturally shy person, better suited for the cloister than public life.

Two days later, Brother Amato gifted Bertocci with a picture of a tall oak tree covered with little birds flying in and out of its branches. It was inscribed with the words “Look at the birds … they do not sow … nor reap, nor gather into barns, yet your Heavenly Father feeds them. Are you not worth much more than they? Do not be anxious for anything.”

The picture hangs above Bertocci’s work space at home.

Throughout her tenure at SFU, Bertocci has overcome her shyness, which she views as one of her greatest accomplishments. Her love for teaching and serving others led her and her husband, Francis Rohlf, to complete various service trips with students. They spent this past semester with a group of students in Ambialet, France.

“My husband and I were privileged to work with students to accomplish their goals and support their dreams,” said Bertocci. “On these trips, I learned that I could be valuable in helping students ‘become that someone’ for the people we served.”

Bertocci said she owes a debt of gratitude to her colleagues for making her time at SFU so special.

“I took great joy in laughing with colleagues, working alongside staff, and having radical kinship with the Franciscan brothers,” she said.

At the President’s Awards Convocation on April 26, Bertocci was awarded Professor Emerita status. She also received the Swatsworth Faculty Award.

The DDOC plans to honor Bertocci’s legacy by naming the garden next to its entrance after her and her husband.