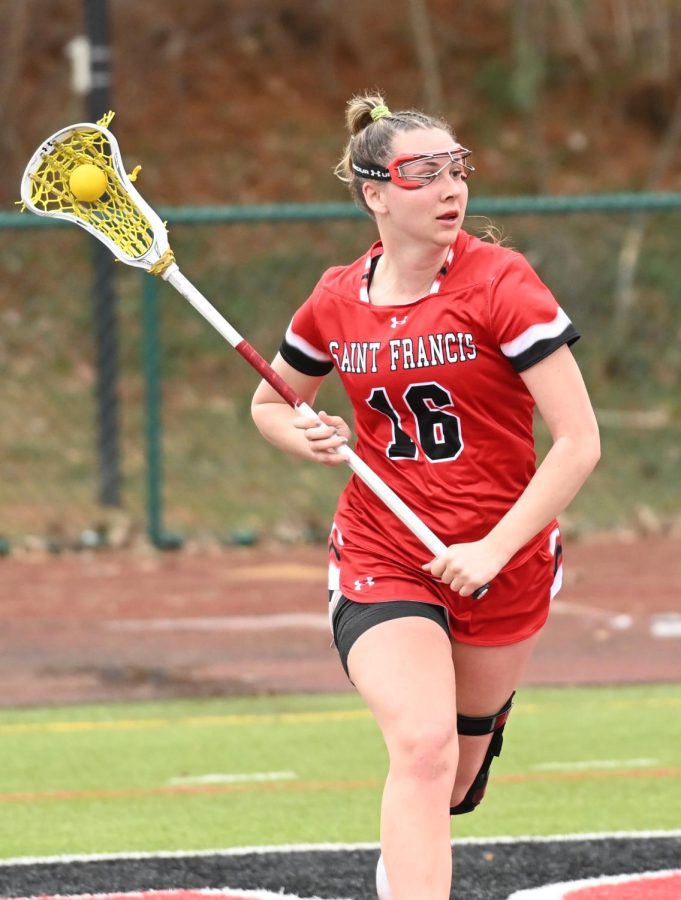 Junior Lizzie Fisher was one of the catalysts in the victory over Howard in the team’s last home action, tallying three goals and three assists against the Bisons.

Senior Autumn McHenry has scored four goals in each of the last two games and currently leads the team in goals (25), assists (13) and total points (38).

“Everyone on the team has put in so much work this season,” said Fisher, a junior Communications major from Hagerstown, Maryland. “I would not be able to have my small victories throughout the season without the help and support from my teammates.

“I look forward to seeing where the rest of the season takes us and to finish the year strong.”

The 2022 season marks the 20th anniversary of lacrosse as a varsity sport at the University. In honor of this anniversary, the lacrosse program is inviting all alumni back to SFU for its home match against Central Connecticut State on Saturday, April 23.

The team is currently 4-7 overall and 1-2 in the Northeast Conference with five regular-season matches remaining.