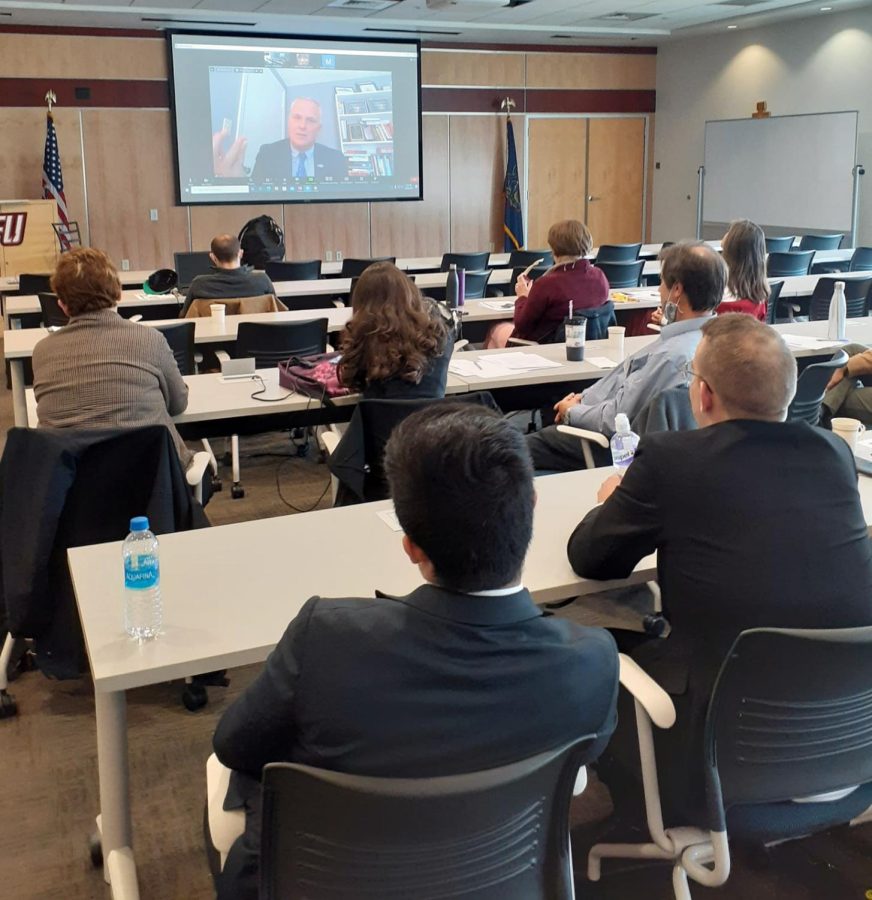 The conference, which is co-sponsored by the Ethics Institute, the Office of Student Research and the Department of Franciscan Studies, Theology and Applied Ethics, has been a staple at SFU since 2007.

“The purpose of this event has always been to give students the experience of a professional conference,” said Art Remillard, Professor of Religious Studies and Director of the Wolf-Kuhn Ethics Institute.

Like most academic conferences, students are expected to write papers or design posters, which they present to an audience, followed by a question-and-answer session.

The highlight of “The Examined Life” Conference, according to Remillard, is the opportunity for networking.

“The really fun part of any conference is meeting other people who are doing similar things,” he said. “For this reason, we wanted to make sure other schools were involved.”

The conference was well-attended.

“Everybody who came was within driving distance,” Remillard said. “In the past, people have come from all over the country to participate in the conference. Still, it was refreshing to be able to host a conference in-person again.”

The conference was broken down into five sessions, with some of those sessions having sub-sessions. The featured speaker was Col. Fred Johnson, who spoke at length about storytelling and wellness.

Johnson discussed his combat-related Post Traumatic Stress Disorder and how his struggle with mental health drove him to co-found “Shakespeare with Veterans,” a project which invites veterans to engage with Shakespearean texts in order to share their stories.

“What I learned most through my story-telling life is that the start point is vulnerability,” said Johnson.

“The start point is recognizing that you don’t have all the answers and that you have to open yourself up to the outside, and also the inside.”

According to Remillard, this type of introspection is precisely what makes the humanities so important.

“The liberal arts have the ability to allow us to examine our lives, and the lives of the people around us, in ways that are very profound and revealing,” he said.

“When you start to get into these stories that we have told through time, through all the different ways we do storytelling, we are trying to figure out what it means to be human.”

Johnson’s full speech can be found on YouTube under the title “Col. Fred Johnson on Storytelling and Wellness—The Examined Life.”