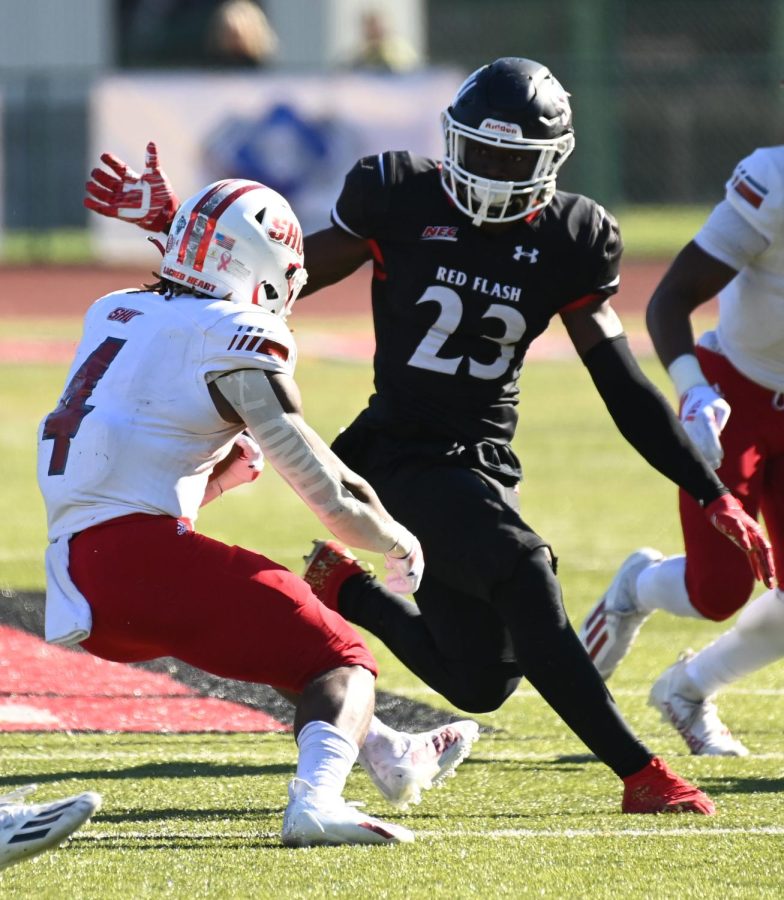 The Saint Francis football program hosted its first NFL Pro Day on Wednesday, March 30, when a quartet of SFU athletes worked out while being evaluated by scouts for the Pittsburgh Steelers.

Schmidt opened the day by completing long-snapping drills. Magalei then completed 18 reps of 225 on the bench press.

The vertical jump and broad jump measurements were next on the slate, with Crittenden topping the charts with a 36-inch vertical and a 10-feet, 9-inch broad jump. Foray followed these activities, posting a 4.5 in the 40-yard dash.

Crittenden said he was thankful for the opportunity to demonstrate his athletic abilities to the scouts that visited SFU.

“It was a dream come true, honestly,” Crittenden said. “I remember being in middle school and high school and always dreaming of getting the opportunity to do a Pro Day.”

Following the 40-yard dash, the NFL scouts led the athletes through agility drills, including the 20-yard shuttle and a three-cone drill.

All four of the former Red Flash football players said they felt a sense of accomplishment after wrapping up their performances at the Pro Day.