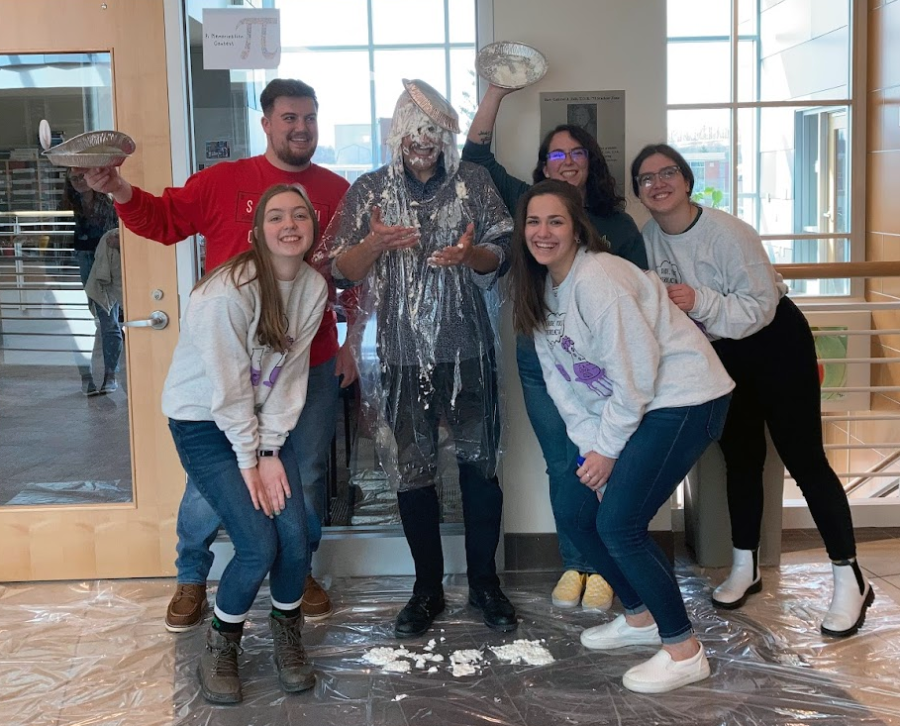 The Chemistry Club celebrated Pi Day on March 14 by hosting an array of pi-related events. These events included a pie periodic table, two pie-eating contests, and a Pie-a-Professor session.

All of the Pi Day events were organized and led by Chemistry Club students.

“As with all Chem Club stuff, we advise and suggest,” said Ed Zovinka, professor of Chemistry and advisor of the Chemistry Club.

“But if it’s going to happen, it’s got to be students who make it happen.”

The day started off with the pie periodic table early in the morning. This table included 118 mini-pies, which were available to anyone who wanted one. All of the pies were gone by the end of the day.

“The periodic table of pies was the most popular event,” said Isabella Cunningham, president of the Chemistry Club. “People could just grab and take as they went.”

“We also did a pie-eating contest, which was new this year,” said Cunningham. Brooke Driskel and Logan Luchs won the competitions.

The Chemistry Club is currently planning a STEAM Prom on April 1. This event will be open to the entire campus.