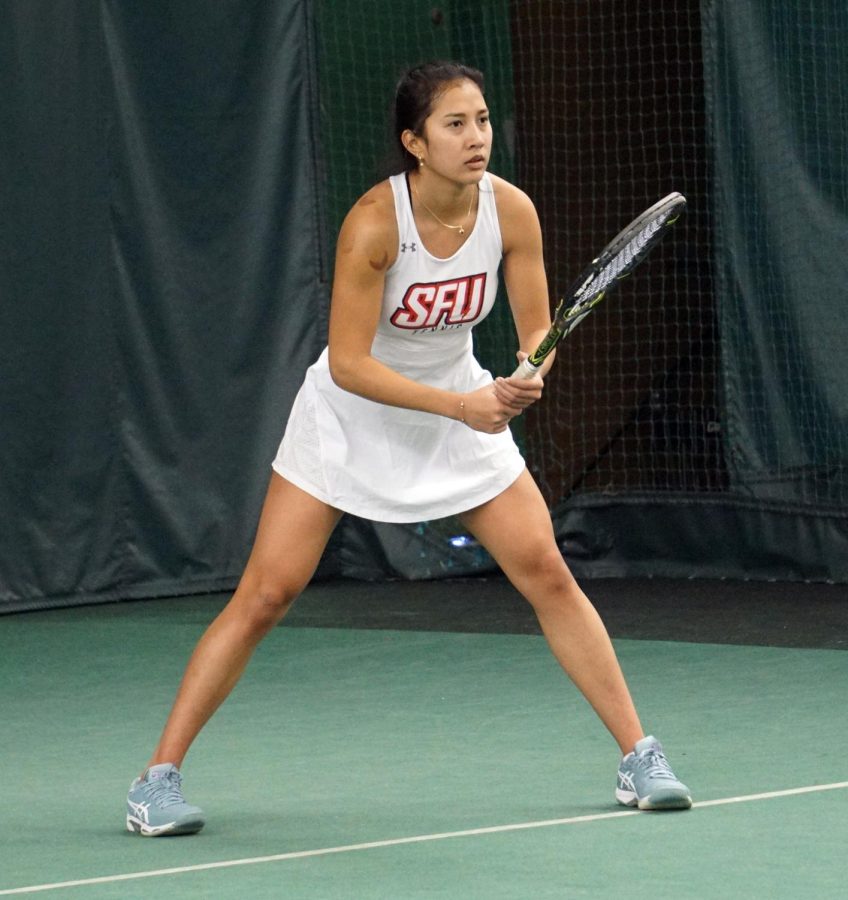 The women’s tennis team hosted Colgate for its second home match of the season on Feb. 6, defeating the Red Raiders, 6-1.

SFU has now won three of its last four matches.

In doubles action against Colgate, Anouk Ma-Ajong and Dominique Yeo were quick to get the first win of the day at the top flight, beating their opponents 6-0.

Ma-Ajong, a senior team captain from Suriname, was satisfied with the level of tennis she and Yeo played during their doubles victory.

“Compared to our last doubles match, we managed to start off really strong,” said Ma-Ajong. “I am happy with how we kept pressure on until the last point, giving no chances for the opponent to get into their game.”

Anoek Pruijmboom and Bente Vandeputte, both freshmen, managed to secure the doubles point for the Flash in the match, winning 7-6 at the second flight.

With the doubles point in their pocket, the team only had to win three of the singles matches in order to get the team win.

“It was a really good match. After winning the doubles match, I felt really confident going into my singles,” Vandeputte said. “I am happy with the way I was able to adapt to her game since she is a left-handed player.”

Next up for the Flash are away matches at Niagara (Feb. 12) and Saint Bonaventure (Feb. 13) this weekend.