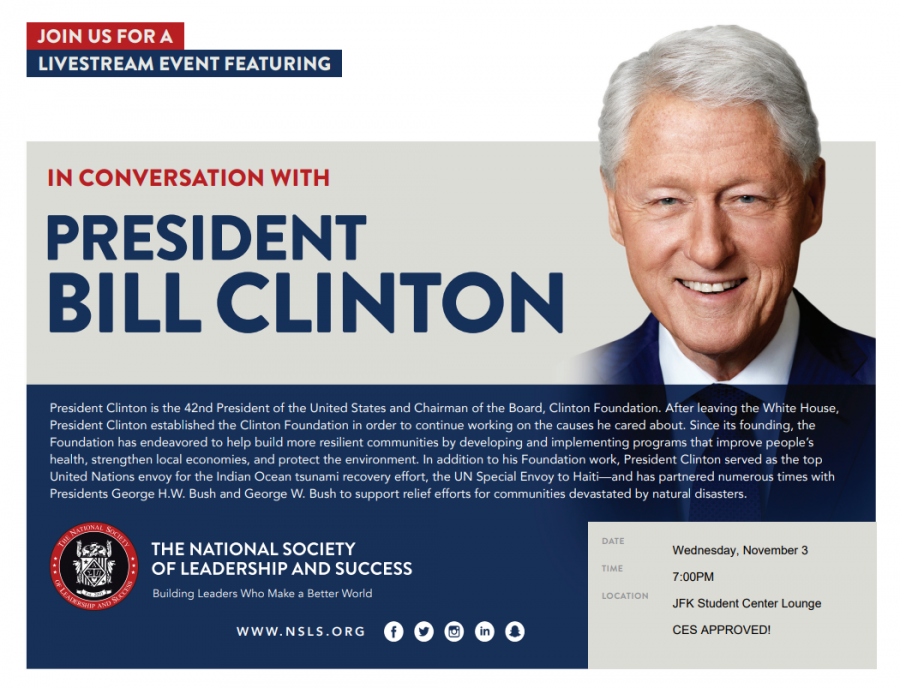 The live stream was part of the National Society for Leadership and Service induction program. It was open to all students and was a CES event.

Clinton spoke about his life on the stream, as well as overcoming challenges during his time as president.

Students were encouraged to send in questions in advance and they could also submit them through Twitter during the live stream.

“I am very thankful to have the opportunity to get to hear from our former president on how to be a better leader in both school and life,” said Crider.

Several students from other NSLS chapters at other universities sent in video questions that the former president responded to during the live stream.

Jocelyn Sheehan, senior Special Education and Early Childhood Education major, said one important takeaway from the event for her is the importance of owning up to mistakes as a leader and taking accountability.

“I think this is something we can all work on,” said Sheehan.

The live stream lasted about an hour and ended with a “lightning round” of questions with the former president during which he answered eight questions in 80 seconds.