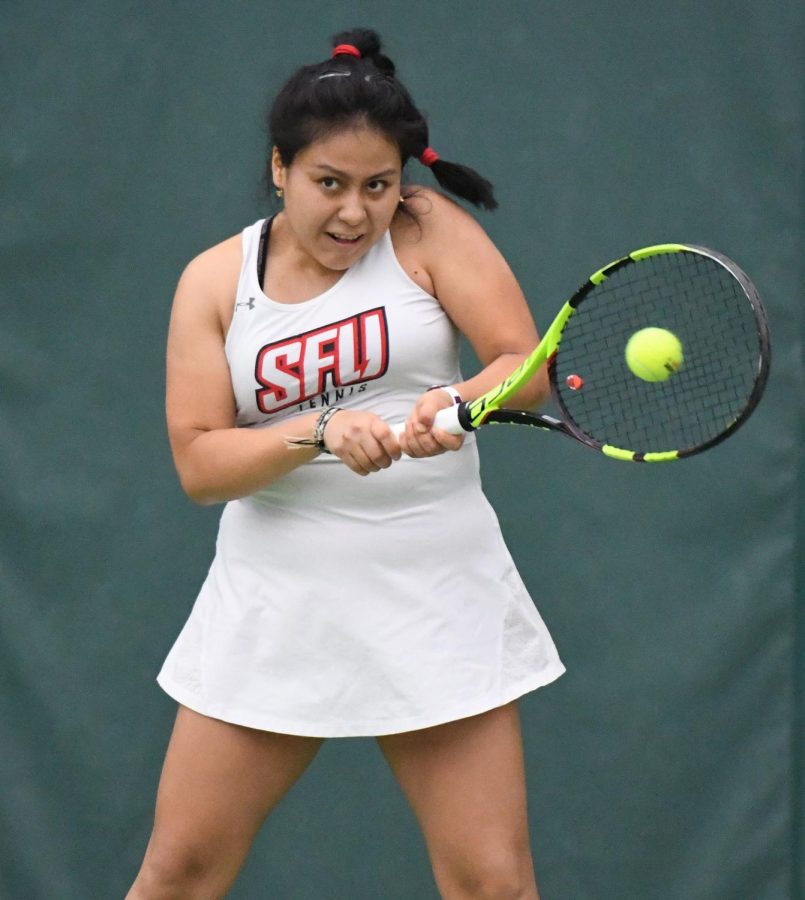 “I was pretty proud of how our team stepped up against teams from Power Five conferences,” said head coach Eric Hovan. “We have been improving as a team each week and showed we can compete with anybody.

“I was impressed with how well we played under pressure.”

Both Romina Cutipa, a senior from Peru, and Nagisa Miyake, a sophomore from Japan, stepped up their games in singles competition.

Bente Van Der Putte, a freshman from Belgium, also played a very high level of tennis in her singles matches throughout the weekend.

“This past weekend was a great experience for me and I was satisfied with the matches I played,” she said. “I feel that my tennis level is improving the longer I am here. I am playing a lot of competitive matches.”

The Flash also turned in some strong performances in doubles at the invitational.

Cutipa believes the team will benefit from facing such challenging competition.

“I think the tournament was a great experience for the team. We were able to improve our tennis game while getting used to the new level of tennis,” she said. “It was a great opportunity for us to practice what we have been working on, as well as find out what we have to work on.”

This weekend (Oct. 1-3), the team will head to Philadelphia to compete in the ITA Tournament in a competitive field that will include Princeton and Penn State.