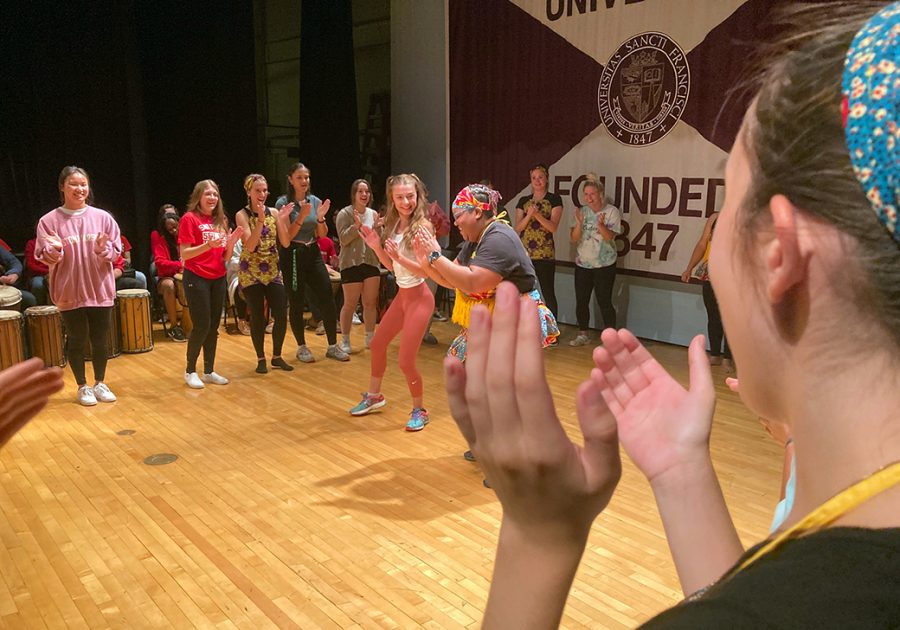 “It is an important event that sets the tone for the new year,” said Associate Professor of History Lori Woods. “It creates an opportunity for us to come together, to show respect for each other, and to learn about each other in different venues and different ways.”

“We were able to bring in more participants from different departments by identifying these three themes,” said Woods. “It really enhanced the educational component.”

Associate Professor of History Ani Bose, who, like Woods, played a leadership role in organizing the event, viewed the festival as one of optimism.

“We are facing a very difficult moment, but this is not the moment to give into despair either,” said Bose. “We are optimistic people who believe a better world is possible and that’s what this festival does.”

Students had the opportunity to enter a poster contest and address ideas within these three themes. The poster entries were evaluated on overall aesthetic appeal, creativity and inspirational design.

This annual event – which was previously called a “Multicultural Festival” – was renamed with a focus on “solidarity,” one of the themes of the recently revised Franciscan Goals of Higher Education.

“As a community we have different viewpoints and opinions,” said Woods, “but I think that is what college is about, hearing different perspectives.”