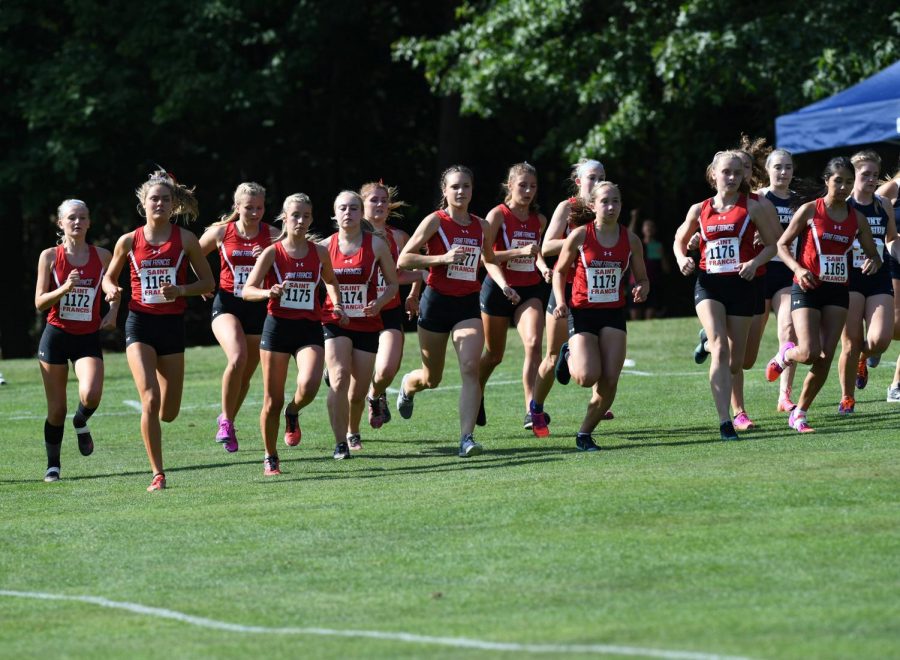 The men’s and women’s cross country teams opened the 2021 season at the Yinzer Classic in Pittsburgh on Sept. 3.

Facing tough conditions following the heavy rains in the aftermath of Hurricane Ida, the Red Flash women’s team placed sixth and the men finished fifth in the team standings.

“Overall, I was very happy with our efforts,” said SFU head coach Doug Hoover. “We had some good things happen, but we also exposed some areas where we need to work.”

“It was very evident that it’s been two years since we last performed in cross country. We have to relearn how far we can push ourselves.”

Seventeen of the 27 Red Flash runners who competed at the meet were making their collegiate cross country debuts.

“I was very happy with how our ‘debut competitors” performed,” said Hoover. “But I fully expect that we will get better as we gain more experience.”

On the women’s side, freshman Tesslyn Helms placed 25th overall with a time of 15:50 in the four-kilometer race. Junior Mackenzie Walker finished 35th in a time of 16:01.

“I am very excited about the team this season,” said Walker. “This is the tightest and closest group of girls that I’ve been a part of yet and I’m looking for us to do big things this fall.

“Friday’s race was about dusting off the cobwebs. It was amazing to finally be out there again and feel that energy from the start line.”

Both the Red Flash men’s and women’s teams will run at home this Saturday, Sept. 11, at the Immergrun Golf Course against Bucknell.