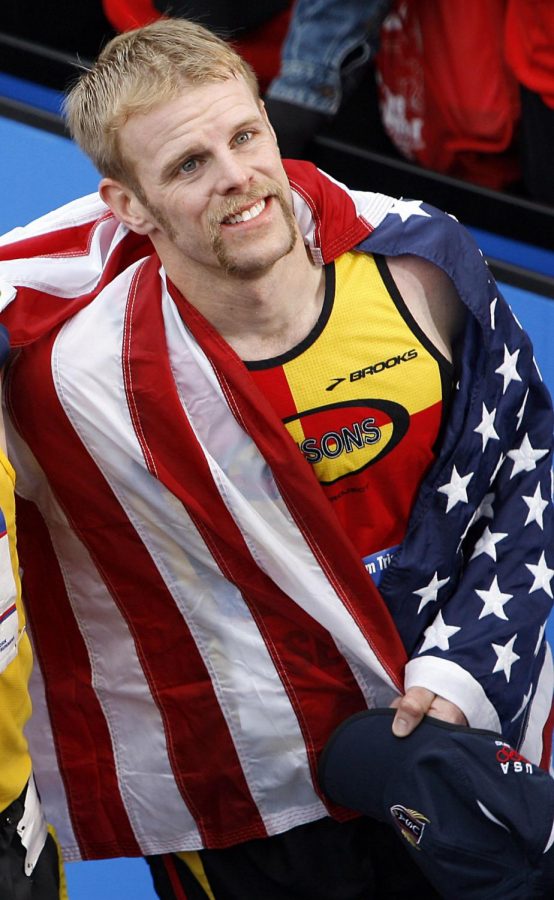 Brian Sell is one of most decorated student-athletes in the history of the University.

Thirteen years ago, he was like the many athletes around the world who are currently training in the hopes of getting the opportunity to represent their country at this summer’s Tokyo Olympic Games.

In 2008, Sell did just that, representing the United States as a marathoner at the Beijing Olympics. He placed 22nd in this event.

A native of nearby Woodbury, Pennsylvania, Sell transferred to SFU after spending his freshman year at Messiah College.

Professor of Religious Studies Art Remillard was a teammate of Sell’s at SFU.

“Saint Francis was a middle-level Northeast Conference team in track and cross country,” said Remillard. “The idea that we could compete with the best in the conference was an aspiration at best.

“Brian changed all of that.”

At the time of his graduation, Sell held six SFU track records and he still owns two of the school’s top marks.

Head track and field coach Doug Hoover was a graduate assistant coach at Saint Francis during Sell’s senior year at the University.

“Brian’s greatest strength as an athlete was his ability to grind day after day, week after week, month after month, year after year.

“He and his teammates prided themselves on persevering, and simply being tough-as-nails, blue-collar runners.”

Sell placed third in the U.S. Olympic marathon trials, qualifying for the 2008 Olympics in the process. At the Beijing Games, his 22nd-place finish was in the top third out of more than 90 competitors.

“Despite all of his successes collegiately, as well as post-collegiately, he remained an incredibly humble guy,” said Hoover. “He was confident in his abilities, but he never flaunted it.”

Sell’s last competitive race at the national level was the 2009 New York Marathon.

“He made sure that every workout, every long run, and every recovery period was done with intention and purpose,” said Remillard.