Will the “American Rescue Plan” Work? 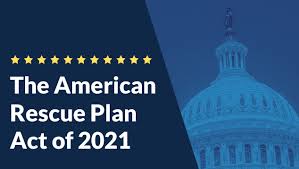 The American Rescue Plan Act (ARPA) of 2021 is a $1.9 trillion relief bill signed by President Biden on March 11. Its purpose is to help American citizens and the U.S. economy recover from the COVID-19 global pandemic.

Passing one of the largest economic relief packages in U.S. history this early in a first presidential term is considered by many to be a major political win for the Biden Administration.

According to Professor of Political Science Joe Melusky, the bill is focused on helping lower and middle-class Americans and its purpose is to stimulate the economy.

“The thinking on the part of the Biden administration is that the economic aid should go to lower-income and middle-income Americans, who are more likely to spend that money on their bills, groceries and housing costs,” said Melusky.

“That kind of spending is more likely to stimulate the economy than aiding higher-earners who are going to save the money,” said Melusky.

In addition to the stimulus checks, the federal relief package will provide public health workers with more resources to increase COVID-19 contact tracing, testing and vaccines. The bill will also provide funding to state and local governments for education, from the kindergarten level up to higher education. Proponents of the bill also say that it will improve Americans’ access to the Affordable Care Act.

Some of those who oppose the bill point to its immense size and the fact that there are many groups who are benefiting from it that might not necessarily need subsidized by the federal government, such as the agriculture, public transportation, and infrastructure industries.

“The concern is, will this overheat the economy?” said Professor of Economics Ed Timmons. “Whenever you’re trying to fix unemployment, the big concern is you create so much economic activity that you also spur inflation. There’s always this balancing act that policymakers try to walk.”

The IRS announced on March 12 that stimulus checks will reach Americans within the next several weeks.

“What is going to happen next? If the bill works, if it reduces inequality and gives a boost to the economy, it makes Biden look heroic,” said Melusky.

“On the other hand, if we see inflation take off, prices go up, investments go down, then it’ll be the opposite.”