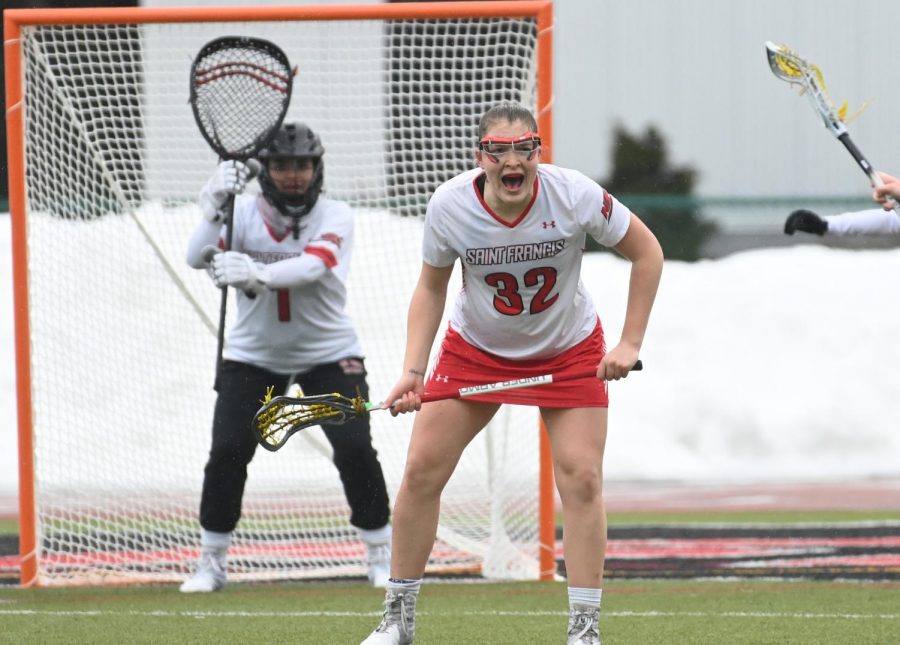 The Red Flash rallied from an early three-goal deficit to even the score at halftime, 7-7. SFU senior captain Emileigh Scott scored three goals in the first half and junior Autumn McHenry added two before the intermission.

“We showed some moments of excellence,” said senior Amanda Heidt. “This game helped us see our weaknesses.

“Now we know exactly what we need to do for the next game.”

The next game for the team is Wednesday, March 10, against Mount Saint Mary’s at 2 p.m. on the DeGol Field turf.

The game against the Mount is the first of a three-game homestand for head coach Tracy Coyne’s team. The Flash will host Sacred Heart on Saturday, March 13, and Central Connecticut State a week later on March 20.

“It will be crucial to our success to start and finish games strong,” said Scott.

McHenry agrees with her senior captain.

“I think an important team goal as we look forward will be to score the first goal of the game,” said the junior Nursing major from Branford, Connecticut.

“That way we don’t have to climb out of a hole again.”