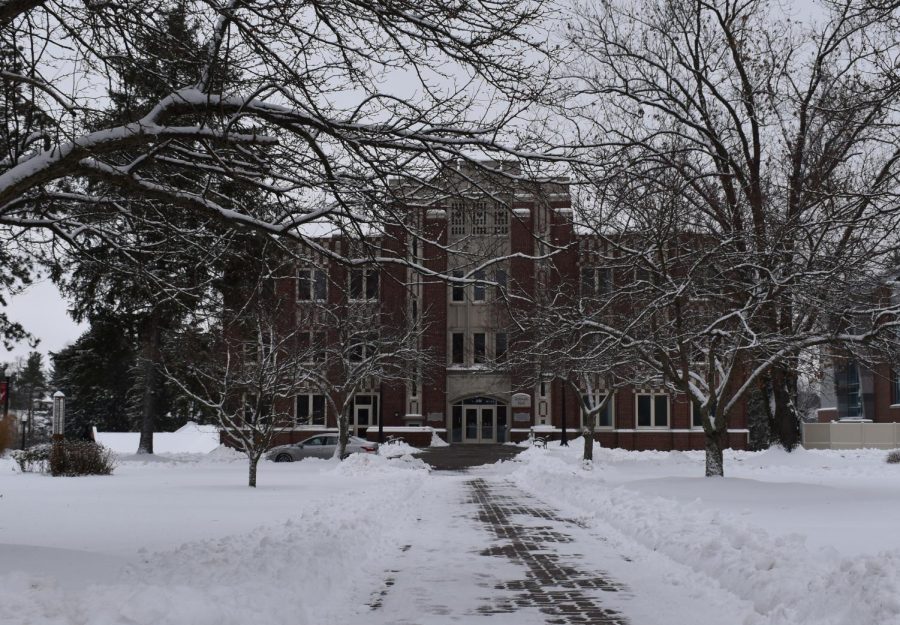 Heavy snow has been falling with frequency in Loretto this winter, adversely affecting the morning commutes of many students.

Snow-covered roads and unsafe driving conditions have prompted a few students to spend the night in rooms provided by Residence Life, rather than driving home after classes.

“A buddy of mine and I were thinking about spending the night,” said Dan Plouse following a recent winter storm. “We ultimately decided not to.

“We thought for sure campus would have closed down.

“I drive here from Carrolltown. Most of the time the roads aren’t too bad.”

Jack Weidner is a senior English major who commuted to Saint Francis for two and a half years before deciding to live on campus.

“It was terrifying, driving to school each morning during these conditions,” said Weidner, who noted that winter weather was one of the main reasons he chose to live on campus.

“Trying to get to school on roads that weren’t plowed was terrifying. I didn’t want to die just because I had to come to class.”

Residence Life offers overnight accommodations for commuters. A room will be provided to commuters for one night free of charge. To book a room, contact Residence Life at 472-3029.