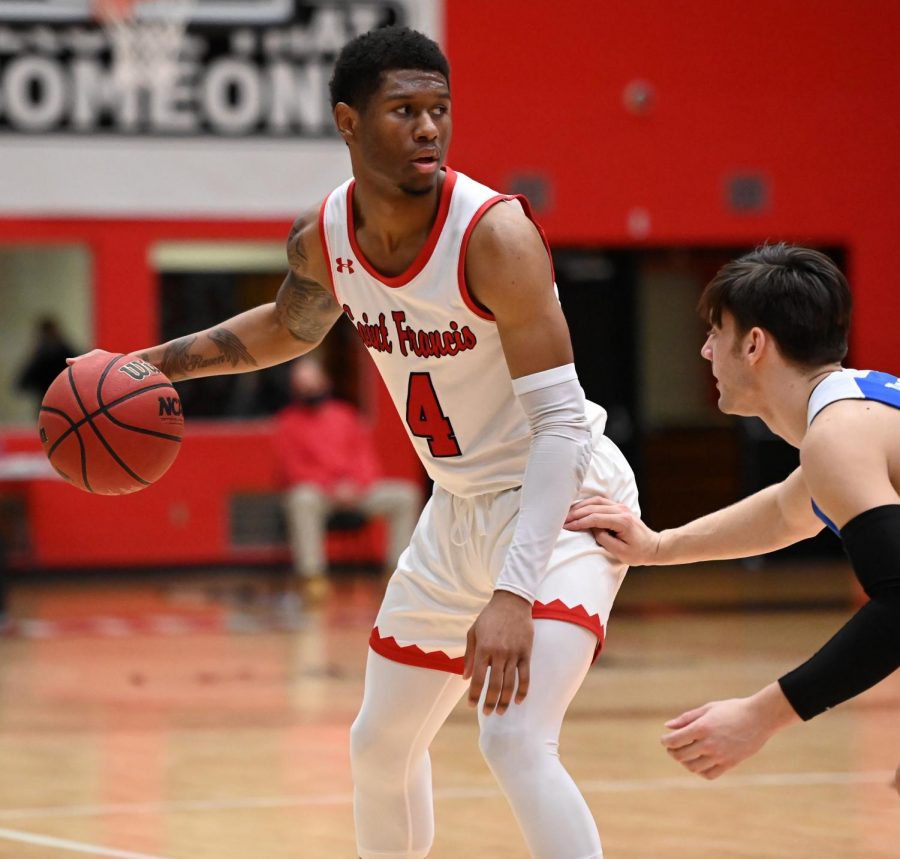 The men’s basketball team dropped two games at first-place Wagner last weekend and enters its final game of the season against Mount Saint Mary’s on Thursday night looking to close the year on a positive note.

Next up for SFU is Mount Saint Mary’s on Thursday night at the Stokes Center. The Mount knocked off the Flash in December, 75-57, to open conference play.

Senior forward Mark Flagg believes that despite his team’s 5-12 mark in NEC action, the pieces are in place for future success.

“The talent is great on our team,” said Flagg. “It’s all about sticking to our game plan.”

Last Sunday in the two-point loss to Wagner, the Flash came out on fire, shooting 69.6 percent from the field in the first half to lead 38-32 at the intermission.

“We had that back-and-forth in the middle of the first half, and our energy was great,” said SFU head coach Rob Krimmel.

“It was back and forth for six or seven minutes, and at the end of it, they had two more points than we did.

“I’m proud of the way the guys came back and battled.”