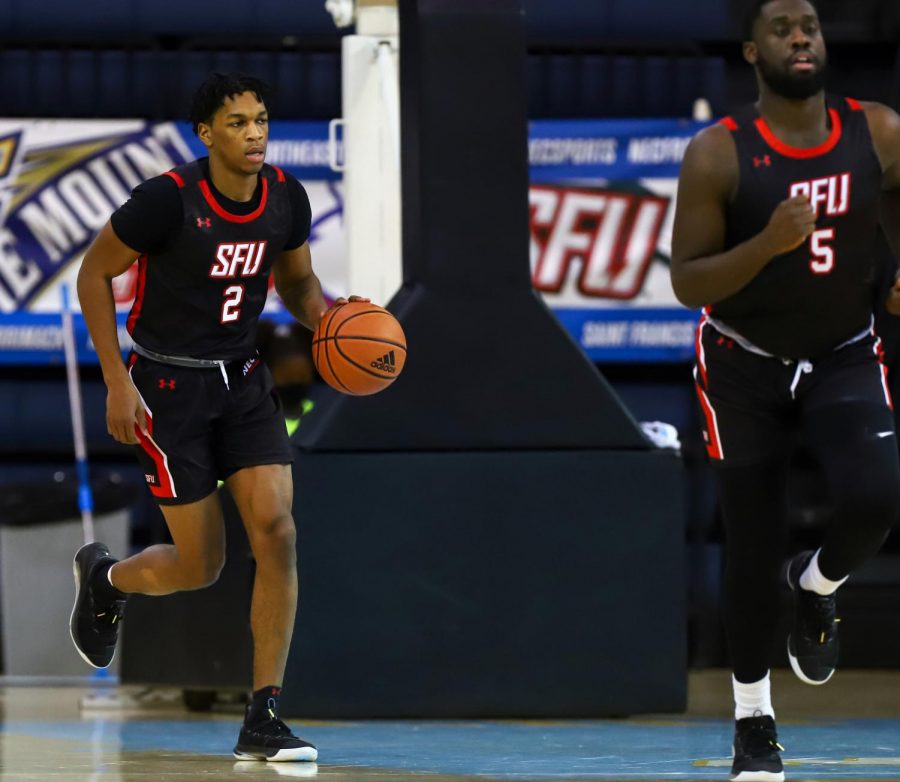 The Red Flash concluded their two-game away series against Merrimack with a loss. Thursday’s contest ended with a 68-62 Warriors victory, while Friday’s competition saw Saint Francis overcome a 15-point deficit only to fall short in the last few seconds of the game (59-54). The Red Flash are now 5-12 overall and 4-9 in the NEC.

Friday’s game saw the Red Flash gain the upper hand midway through the first half, until the Warriors snatched the advantage away with a 12-2 run.

“I told these guys that I’m proud of the way they continue to battle,” said Krimmel. “To come out here and outrebound them by 13 was encouraging.

“We challenged the guys last night to be a better rebounding team.”

Despite the Flash’s standout defensive performance in the second half and slashing an 18-point deficit down to two in the last 18 seconds, several free throws during the waning moments form the Warriors put Merrimack on top to stay.

“They were two tough games for us. Merrimack – they’re new to the conference, but they played well as a team. They’re well-coached,” said senior Mark Flagg. “We have a young team and we’re going through some bumps in the road right now.”

The Red Flash will be back in action on Feb. 11 for the start of a two-game series against St. Francis-Brooklyn at DeGol Arena.

“There are a lot of lessons to learn in a basketball game, and we’re thankful to be able to play another one,” said Krimmel. “It stings that the lessons have to be learned sometimes in a loss.”