Many Recall Memories and Those Lost on 9/11 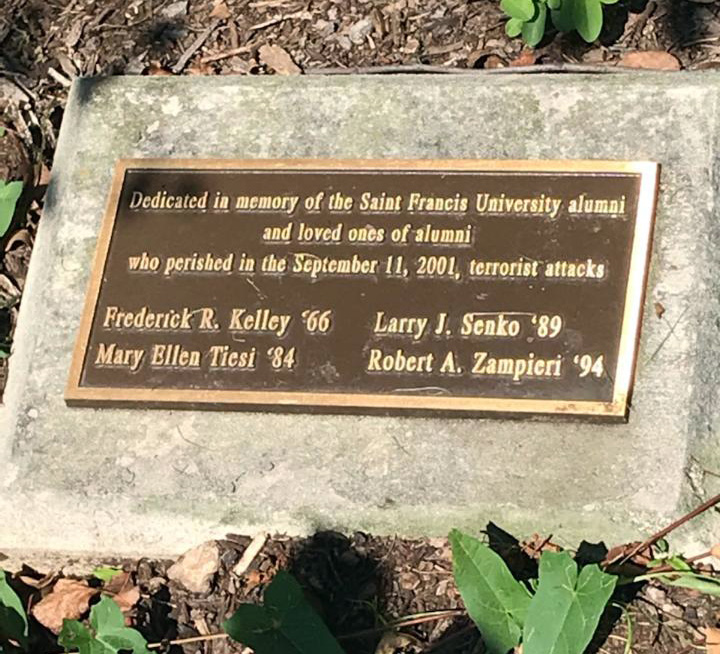 On the clear Tuesday morning of September 11, 2001, an American Airlines flight crashed into the North Tower of the World Trade Center in New York City. This was the first of four attacks on the United States that day.

Today marks the 19th anniversary of these attacks. Sept. 11, 2001, is a date that forever changed the world we live in. It is also a date that many still remember vividly.

“I was living outside of Boston and it was my first day of grad school,” said Denise Damico, an Associate Professor of History.

The first person that Damico called after hearing about the plane crashing into the North Tower was her mother. Her mother told Damico that she was fine, but also told her that her father was in Manhattan that morning. Damico later confirmed that her father was safe.

“He knew something was wrong because the city shut down,” said Damico. “He said that it got quieter than he’d ever heard Manhattan before.”

She also recalled her father telling her that people lined up for blocks to donate blood because they were unsure of the number of casualties from the attacks on the towers.

Vice President for Advancement Bob Crusciel attended three of the four funerals for these SFU graduates, including Fred Kelly’s in New York.

“I remember when we were driving into Long Island on the Verrazzano-Narrows Bridge for the funeral, and we had a distinct look at Lower Manhattan,” said Crusciel.

“It was about a week to 10 days later, and that area was still smoldering.”

Much like today, a “new normal” set in for many Americans in the days and weeks following Sept. 11, 2001.

“I remember how difficult it was to find any sense of normalcy during the weeks following the attacks,” said Brennan Thomas, an Associate Professor of Literature and Languages.