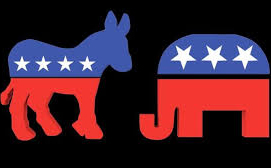 SFU will host a 2020 Mock Democratic Convention at JFK on March 14.

Mock conventions have been celebrated at the University dating back to 1960. The mock convention is staged to resemble the real national conventions in every possible way.

Mock conventions have been held at SFU during presidential election years and the choice of party is based on which party does not currently control the White House.

Students volunteer to represent each state by acting as campaign managers, state delegation chairpersons and state delegates, and then vote for their nominees for president and vice president.

“We’re not trying to predict who the actual nominees are going to be,” said Joe Melusky, a Professor of History and Political Science and one of the organizers of the event. “This is a simulation exercise. The delegates are unpledged, and they are free to vote their own preference.”

The mock chairpersons recruit the delegates, while the mock managers go around the convention floor and try to persuade the mock delegates to vote for their candidate.

“We encourage the student chairmen to conduct research on the states they are representing and even dress in tasteful costumes that reflect their state,” Melusky said.

In the past, SFU’s mock conventions have included appearances by notable political officials. During the 2016 Mock Republican Convention, former Pennsylvania Gov. Tom Corbett and former Congressman Bud Shuster attended and spoke at the event.

“When I was first visiting here, I attended the convention,” said Biddle. “I had never seen any other schools have an event like this. It was one of the reasons I decided to come to Saint Francis.”