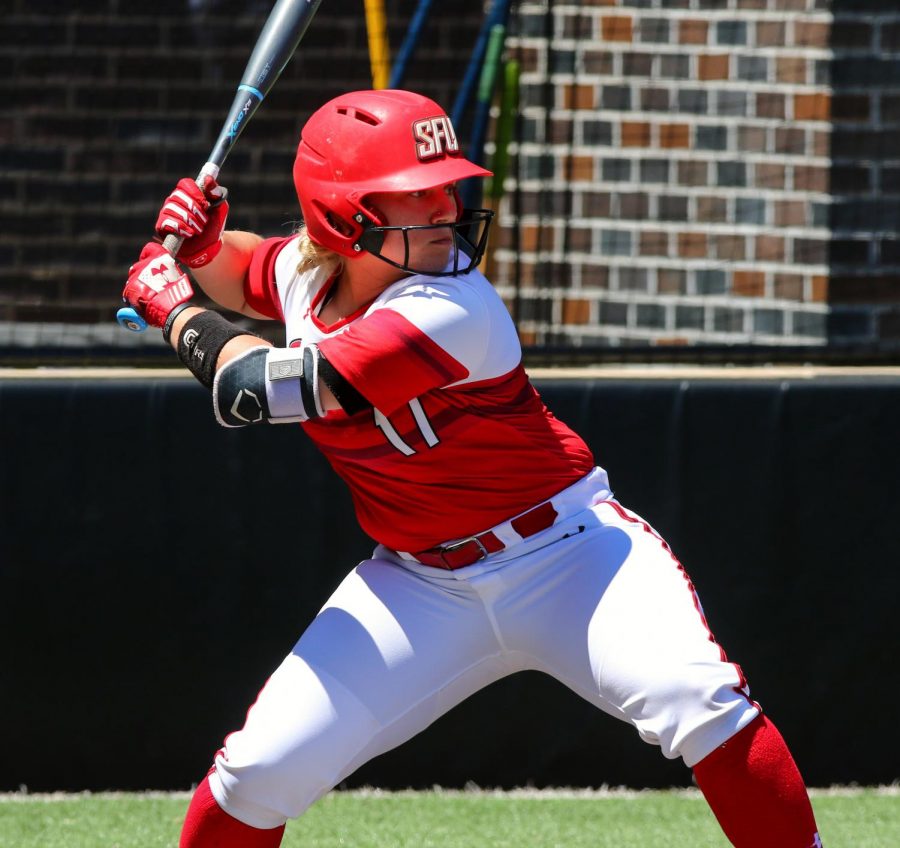 The softball team enters the Chattanooga Frost Classic this weekend with a 3-5 record after posting a 2-2 mark last week at the Campbell Invitational.

In the team’s last game of the invitational, freshman Grace Vesco pitched a complete-game five-hitter in a 6-5 victory over Howard, striking out two and walking just one over seven innings. Junior Tayven Rousseau had three hits in the win over the Bisons and scored two of her team’s six runs.

Eight different SFU players collected at least one hit in the win.

“With experience comes an even greater opportunity to be successful,” said head coach Jessica O’Donnell. “Now it’s just about continuing to get that game experience, as well as make the routine plays and get that timely hit.”

The team currently has five freshmen in the starting lineup.

“Our team has come together nicely,” said O’Donnell. “We are starting to learn how each other tick, on and off the field, and learning how to work together more effectively.”

The Red Flash do not have an easy road ahead. The team will face UNLV in Chattanooga this week and, in two weeks, SFU will play the current No. 1-ranked team in the country, the Washington Huskies, at the Stanford Tournament.

SFU will also play host Stanford, which is currently 10-2 and receiving Top 25 votes.