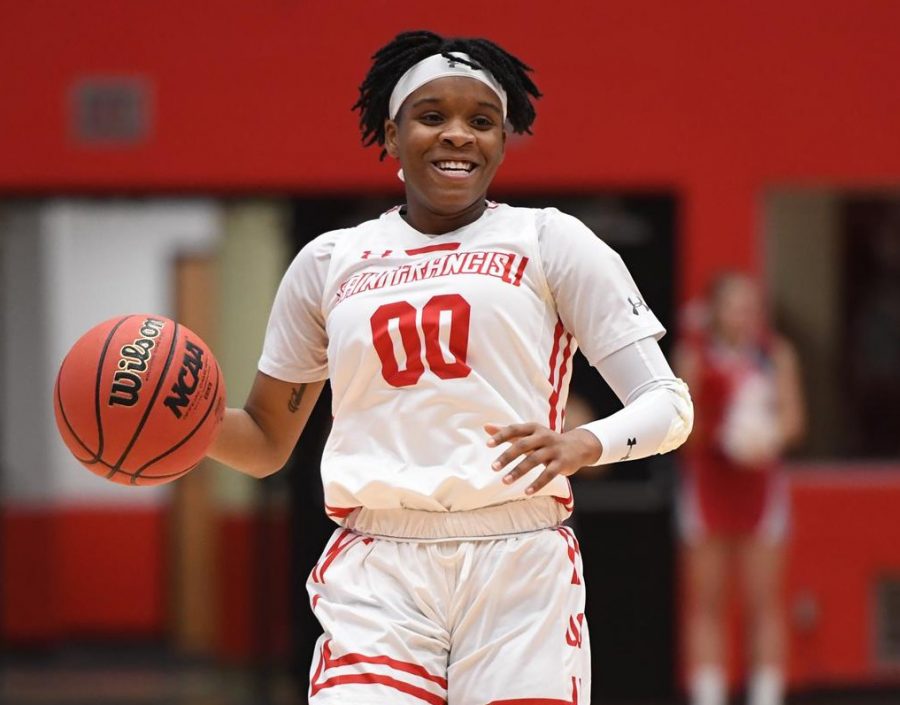 The women’s basketball team opened the week with a loss to first-place Robert Morris, 66-57.

The Red Flash entered Monday night’s game following a hard-fought loss at Mount Saint Mary’s and found themselves down seven points with 22 seconds left in the game before the Colonials stretched the final margin to nine points.

RMU stayed undefeated in NEC action and the Colonials’ win was one of only two on the year where the margin was less than 10 points.

SFU head coach Keila Whittington said she was proud of her team despite the loss.

“I am proud of the effort that our team came out with tonight,” said Whittington. “It was a bounce-back effort from what we showed Saturday,”

Whittington said she “challenged them to show what SFU is about.”

“If you want to be the best, you’ve got to play with the best, and we fought. I wanted to see if we could fight to the end, and we did.”

“We are tough,” said Swogger. “We did not give up. We learned we could fight, especially with the top team in the NEC.

“I think we showed heart.”

The Flash and the Colonials will face off again on March 5 at Robert Morris.