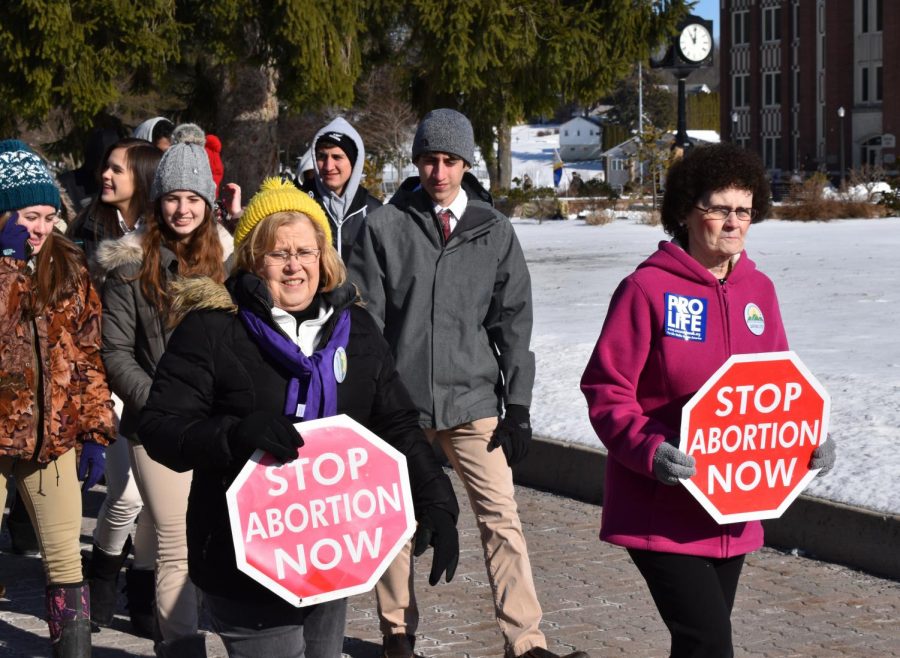 The event was sponsored by Campus Ministry.

“It was a wonderful experience to celebrate life, with both SFU and the local community,” said senior Teresa Narduzzi, who attended the march.

In addition to students, faculty and staff, members of the surrounding community also visited campus to participate, including MaryAnn, who is a resident of Loretto.

“It’s important because life is important,” she said.

Roughly 200 people participated in this year’s march. The number of participants is growing every year, according to Lisa Georgiana, Director of the Center for Community Engagement.

“I participate in the march because I believe in the dignity of the human person, from the moment of conception to natural death,” said Georgiana.

The March on the Mountain at SFU was held two days before the annual March for Life in Washington, D.C.