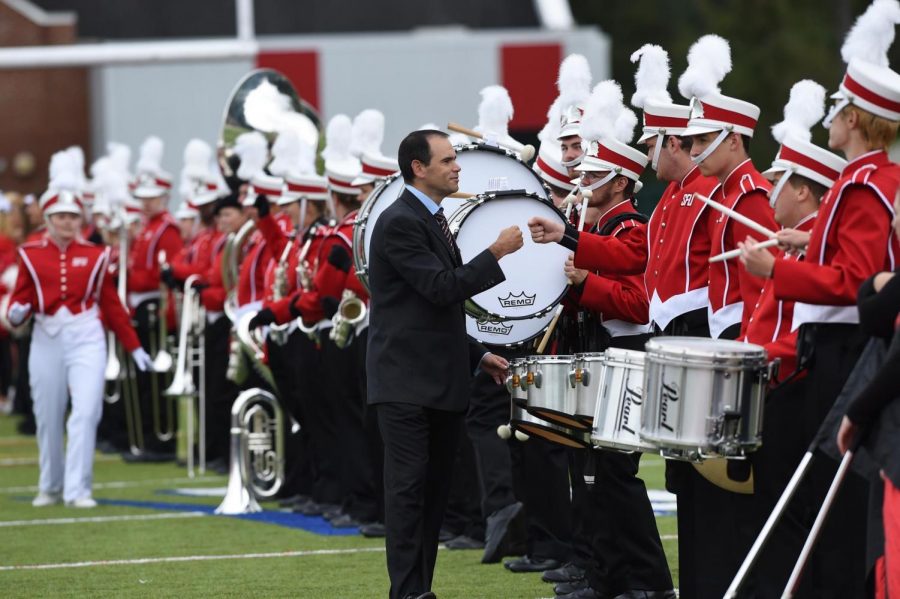 Dan Atwood, the director of the University’s Center for Fine Arts and a professional freelance actor, has scored a background role in an upcoming Netflix movie titled Sweet Girl.

The film stars Jason Momoa (Game of Thrones and Aquaman) and Academy Award-winner Marisa Tomei. Atwood described the film as a “revenge thriller.”

Due to a non-disclosure contract he signed, Atwood is not permitted to reveal any specific details about his role in the film. He did share that his scene in the movie takes place during a banquet.

He also said he had the opportunity to talk with Momoa when the two were on the film’s set together.

“He was a really fun person to talk with and we had a nice little conversation over corn chips,” said Atwood.

Atwood has been doing work as a professional actor for the Cumberland Theatre in Maryland for many years.

He landed his first film role in the 1995 movie Roommates during his senior year of high school. Since then, SFU’s director of the Center for Fine Arts has continued to work in background roles for various films and television shows.

“It’s something I enjoy doing, and supplementing the income isn’t a bad thing either,” he said.

Atwood said has also filmed a scene in the new Seth Rogen movie, American Pickle. A comedy, this film was shot in Pittsburgh in late 2018.

Netflix has not yet announced a release date for Sweet Girl.