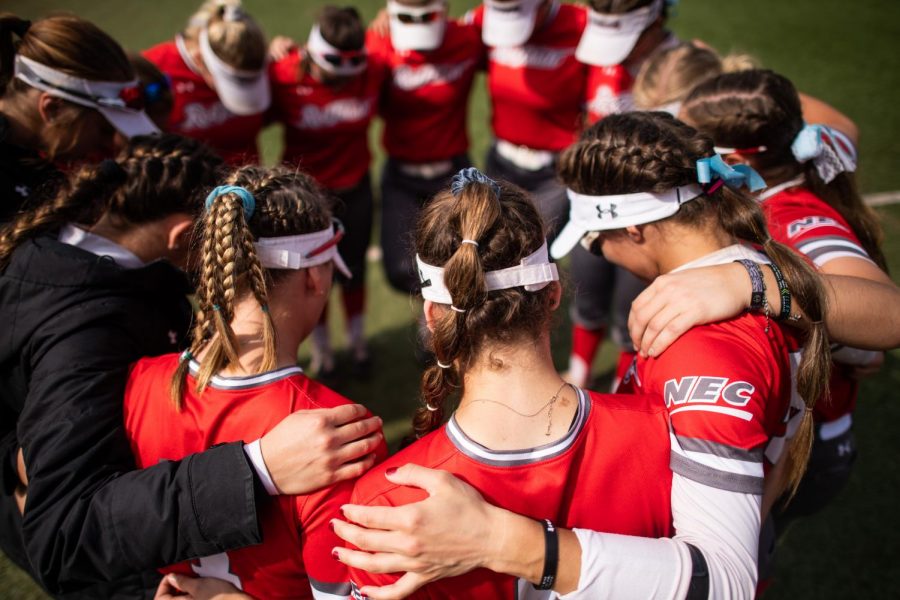 The 2020 softball team will open its season on Feb. 7 against Marshall at the South Carolina Upstate Spartan Classic.

This season will be head coach Jessica O’Donnell’s second at the helm of the Red Flash and she is excited for what is ahead. Last spring, she led the program to its third consecutive NEC Championship.

“The work and dedication I saw once we got on campus this year got me excited,” said O’Donnell, whose team went 29-31 last year and 10-6 in the NEC.

Two important returners for SFU in 2020 are sophomore Tina Clark and junior Mekenzie Saban. Both played a big part on last year’s team. Clark was voted the NEC Tournament MVP and Saban, as the leadoff hitter for the Flash in 2019, batted .367 with 63 runs scored and 29 runs batted in.

“That drive from them (the newcomers) and our experience has been meshing really well.”

Saban and Clark agree that the energy of the squad really helps the team have fun as they prepare for the new season.

O’Donnell said a phrase the team has adopted is “Ubuntu” – “I am because we are.”