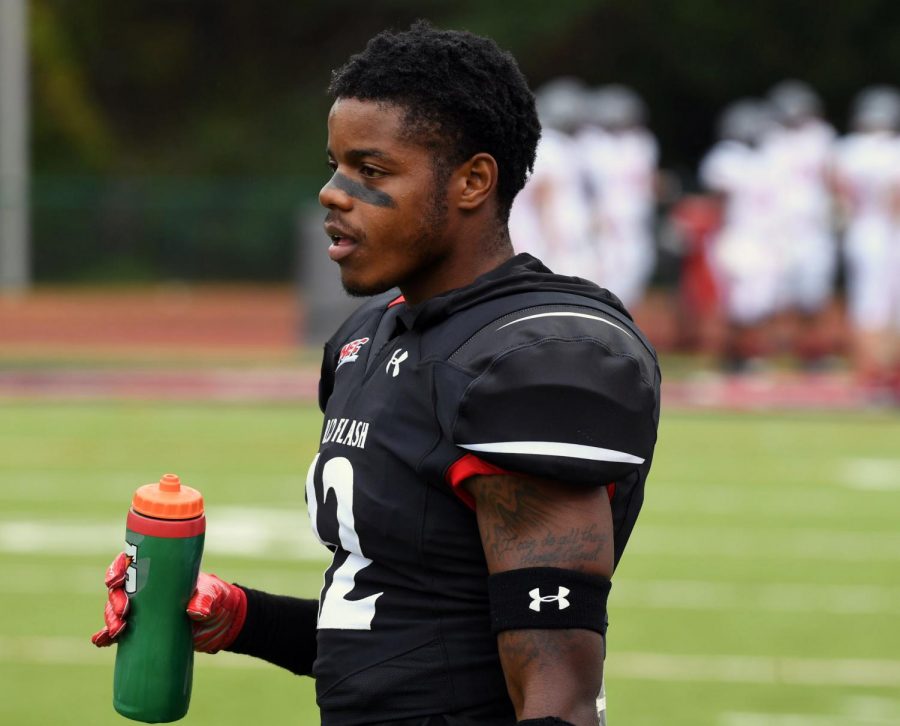 For the second year in a row, the Northeast Conference’s Defensive Rookie-of-the-Year Award landed in Loretto.

Terrell Smith, a redshirt freshman from Baltimore, captured the award after recording 21 tackles, 3.5 tackles for loss, one fumble recovery and one sack.

“It feels good. It was a goal I set out to reach for the year,” said Smith.

“I plan on getting better at the things I need to get better at so I can help bring another NEC title to Loretto.”

“Rell is a great addition to the defense this year,” said Defensive Coordinator Bishop Neal. “He’s feisty and carries a chip on his shoulder.”