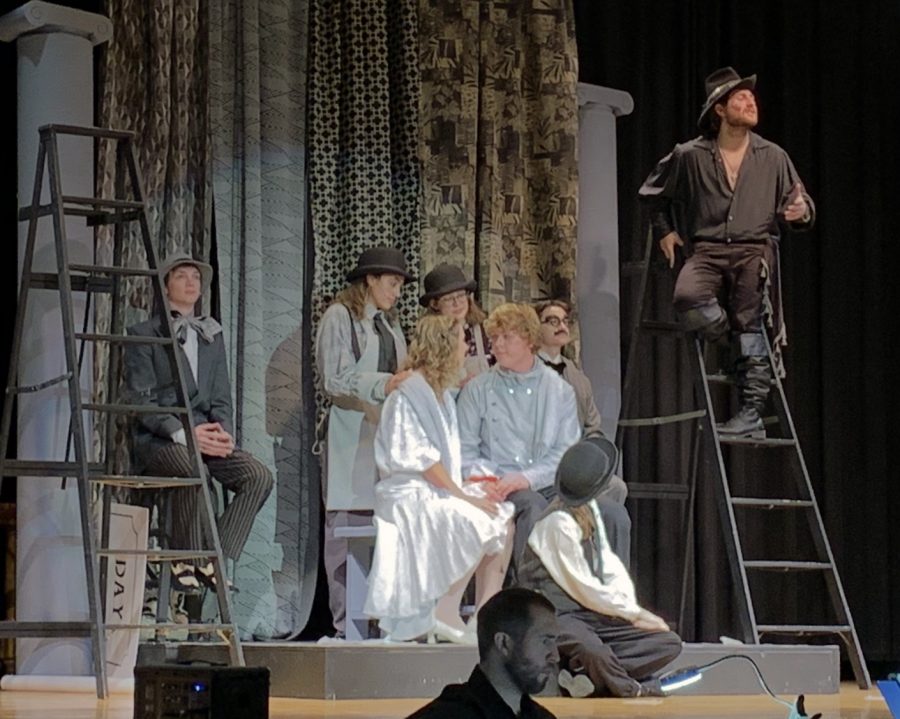 The Fine Arts Department’s fall performance of the “Fantasticks” was held last week at JFK Auditorium, with the opening show on Nov. 7 and two performances on Nov. 9.

The cast was comprised of Jack Weidner as El Gallo, Kyrsten Kowalczyk as Luisa, David Kinniburgh as Matt, Rosie Stock as Hucklebee, Kayla Rosas as Bellomy, Adam Russell as Henry, Andrew Crusciel as Mortimer, and Jillian Myerly as the Mute.

Practice for the musical began on Sept. 20 and ranged from two to three hours every Friday, Saturday and Sunday.

“I loved going to practices because F.J. is a great director,” said Stock. “He gives us tips, but lets us try out our own ideas.”

The parents of the love-struck couple, Hucklebee and Bellomy, acquire the help of El Gallo, Henry and Mortimer, who pretend to fight Matt so he can win Luisa’s hand in marriage.

Following a breakup during the second act, Matt and Luisa ultimately end up together.

Audiences at all three shows laughed from the beginning to the end of the performances.

“It was an amazing night at the theater in Loretto,” said graduate student Randall Frye.

“There is nothing quite like it. The students have such a wide range of talent, which made the audience forget they were at Saint Francis.”