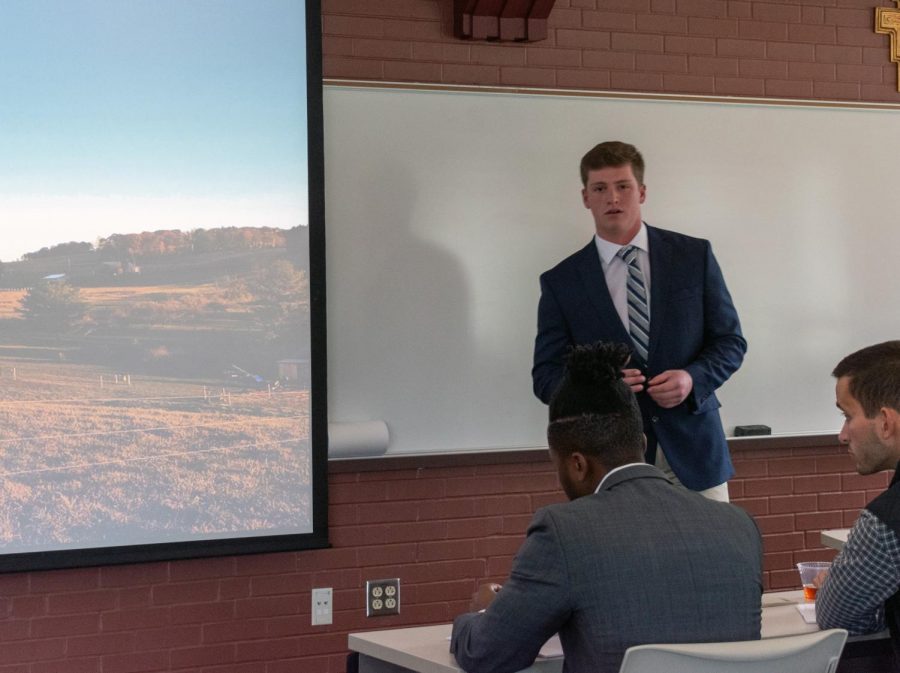 The Shields School of Business held its 11th annual Invest-in-Success event on Oct. 25 and more than $4,500 was awarded to students who presented their ideas to returning SFU alumni during Mentorship Week.

“The idea for Invest-in-Success came from the TV show Shark Tank,” said Kent Tonkin, an assistant professor of Human Resource Management. “The idea is to give our students some real-world experience by having to make business-ready ideas for people to invest in.”

Josh Dinges’ pitch for grass-fed and grass-finished beef was the first-place winner of the competition. He was awarded $3,300 to invest in his beef business, which is already in operation.

Dinges plans to use his winnings to invest in a seed-stock bull to help improve the genetics of the cattle he already raises. He also intends to use the money to fence in more of his land so he can purchase more cattle.

The original amount to be awarded by the judges from the Zanzuccki Endowment was $2,500. However, the judges were so impressed with the ideas that some of them contributed their own money to the award total, increasing the amount to $4,500.

“It’s definitely challenging. I think we were all ultimately on the same page,” said Cullen Frye, a 2013 graduate and second-year judge for Invest-in-Success.

“All the presentations moved us very similarly. It wasn’t too much discussion on the ordering of it, but it became, ‘where can we have the most impact on an idea, money-wise?’”

The remainder of the award money was split between the other presenters. Morgan Flack was awarded $100 for a sexual assault hotline website and app called Sanctuary.