A Day in Her Shoes event a success 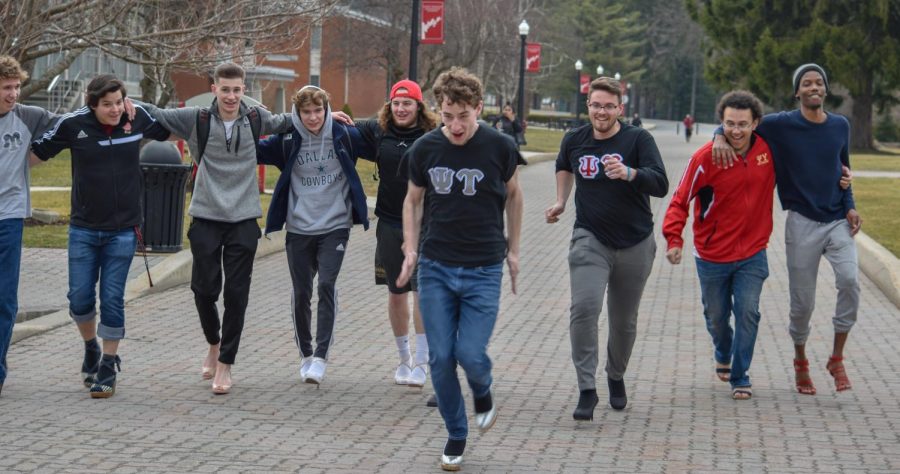 On March 29, students, faculty and staff may have noticed a gaggle of Psi Upsilon fraternity brothers stumbling around the mall in heels.

This was not an episode of RuPaul’s Drag Race gone wrong, but rather an event to raise awareness for an important cause.

Throughout the week, Psi Upsilon brothers raised money for the Johnstown Women’s Help Center and encouraged supporters to sign a “These Will Not Hurt” banner that encouraged people to advocate against domestic violence and pledge not to commit such acts.

“As a fraternity, we should not stand for any kind of domestic violence,” said chapter president Ryan Hills. “It is not in line with our values and should not align with anyone else’s values.

“I personally have known people who have gone through this and it was very difficult.”

In years past, the event was met with some resistance from faculty, staff and students. This year, however, there was more support.

“Occasionally we will receive snide comments from students, but it gets better the more we do it,” said Hills, who has participated in his fraternity’s A Day in Her Shoes event for the last three years.

“My favorite part is during the walk, when we link arms and walked back to where we started,” Hills said.

The Psi Upsilon brothers were able to raise more than $300 for the Johnstown Women’s Help Center.