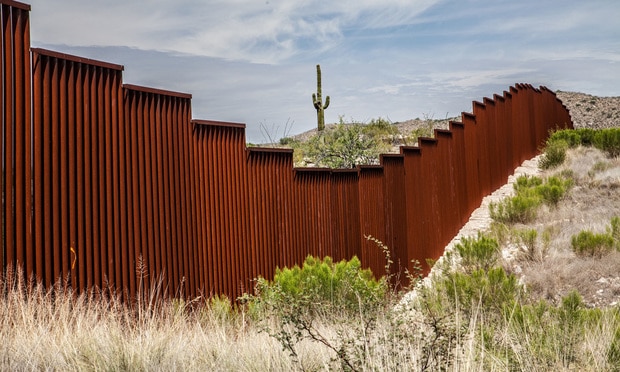 Donald Trump’s push for a wall separates the United States from other countries more than a physical wall actually would.

Since Ellis Island opened its gates in the Upper New York Bay in the 1880s, millions of immigrants have arrived in the United States. Upon arrival, they find a place of sanctuary, education and work, as well as a place to raise a family, and overall, a place of hope.

According to American Community Survey data, in 2017, one in every seven residents was not born in this country. Today, immigrants make up 13.7 percent of the nation’s population.

The United States is unique because it is a melting pot, bringing people of all different experiences, beliefs, ideas and cultures together.

Without question, illegal immigration should be a concern for U.S. policy makers; however, it should not be the be-all/end-all issue.

According to the Pew Research Center, the number of unauthorized Mexican immigrants has steadily declined since 2007.

Not only is the number of total immigrants declining, but so is the immigrant crime rate. In 2018, the Cato Institute published a study that revealed that native-born U.S. citizens are more likely to be convicted of a crime than both legal and illegal immigrants.

Instead of focusing on who is coming into the country and what those individuals are doing when they arrive, President Trump should prioritize protecting native-born U.S. citizens from themselves.

In 2017, the U.S. Department of Health and Human Services declared a public health emergency due to the opioid crisis. According to the HHS, at least 130 people die each day from opioid-related drug overdoses in the United States.

President Trump should look within our U.S. borders at the problems Americans are causing themselves and spend the billions of dollars he desires for a wall on addressing some of these issues.

The United States is the land of hope. This country should take pride in that title and welcome people seeking an opportunity at a better life with open arms.

Building a wall will only separate our country even more. It will also be another distraction, deflecting our attention from the problems we face within our own borders.