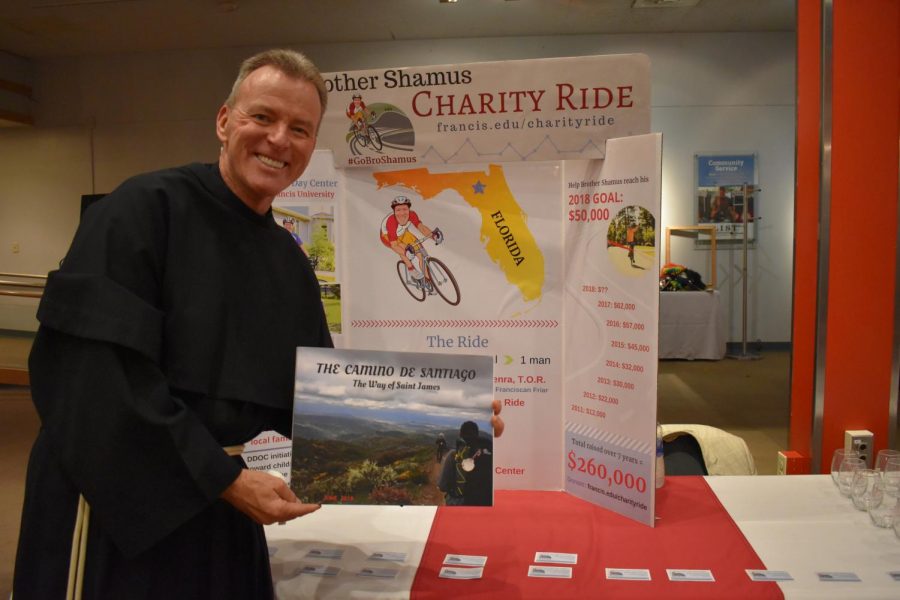 A partnership has been established between the Dorothy Day Outreach Center and Alpha Phi Omega, the co-ed service fraternity on campus.

The Center will move to 115 Saint Mary Street, the former location of The Friar’s Shop, in April.

The DDOC was established in 1980 by the Rev. Gabriel Zeis, former president of SFU, when he was a young priest. After many of the steel mills and coal mines in the areas closed, Fr. Gabe realized that people in the community needed help.

He gathered some of the Tau Kappa Epsilon brothers and other students from the University and the group began cutting and collecting wood. The wood was then delivered to people who needed it to heat their homes. The center originally operated out of St. Louis Hall.

It officially became the Dorothy Day Center in 1981 and was named in honor of social activist Dorothy Day. Fr. Gabe had heard Day speak in the seminary in Loretto several years before her death in 1980 and was inspired by her. Eventually, the center began providing financial assistance, as well as clothes and food.

Fundraising is a key part of keeping the Dorothy Day Center viable. The center conducts a declining balance fundraiser, one in which students can donate using swipe and Frankies money. This money goes to purchasing eggs and milk for families.

Tag sales are also conducted twice a year. One of the biggest fundraisers is the Brother Shamus McGrenra Bike Ride, which generates around $60,000 annually.

The clothing pantry is a key part of the DDOC’s outreach efforts. People in need can purchase a kitchen-sized garbage bag full of clothes for one dollar.

Food and personal care product drives are also held. Bags of food containing ingredients for a well-balanced meal are put together through the help of volunteers and work-study students.

Holiday distributions are conducted at Thanksgiving, Christmas and Easter. For senior citizens in the area, a Thanksgiving meal is held the day before this holiday.

The furniture assistance program is also helping area families. A 74-year-old woman recently received a bed from the center. Another family received furniture, dishes and religious statues after a fire destroyed their home.