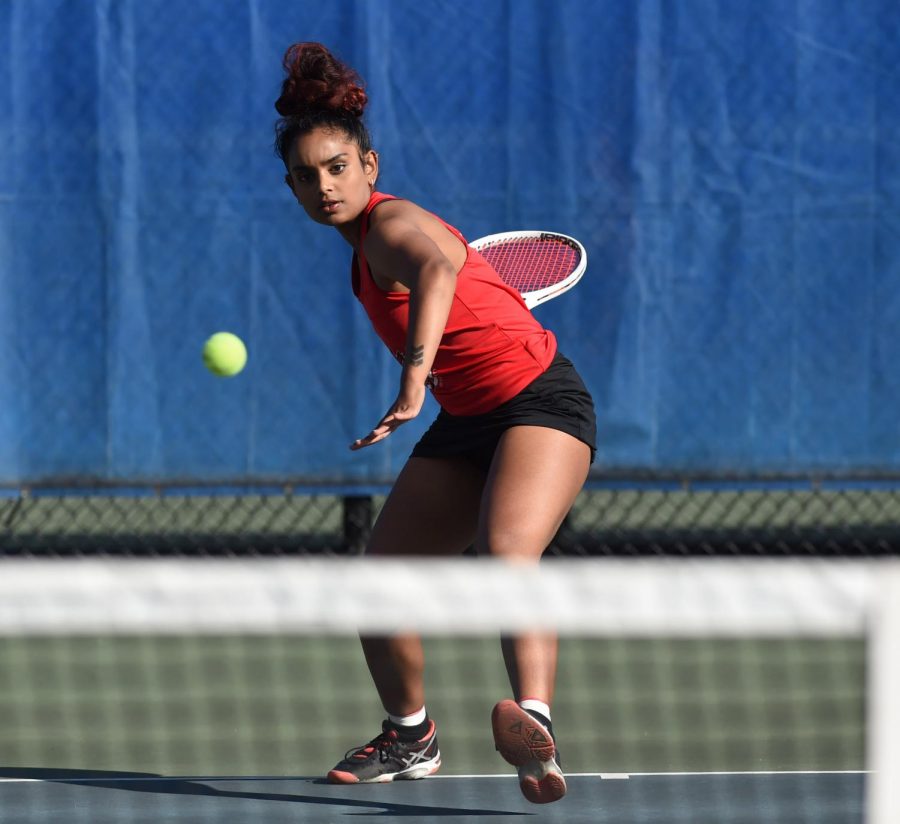 For the past eight years, Swope has coached the girls and boys tennis teams at Central Cambria High School in Ebensburg.

Under Swope’s leadership, several of her players earned Pennsylvania District 6 Class-AA titles in singles and doubles.

In addition to tennis, Swope also helped coach the Central Cambria boys and girls cross country teams for the past five years.

“She’s been in the world of work for quite a number of years,” said SFU Director of Athletics Susan Robinson Fruchtl. “She can be a great role model for our student-athletes.”

Swope earned undergraduate and law degrees from the University of Akron.  As an undergraduate student, she was a four-year starter on the Zips women’s tennis team.

She held the Akron school record for most singles and doubles wins when she graduated and was also a team captain.

“She really relates to us and understands at this level what we need to focus on in practice and in matches, which will help us a lot.

“She really has been great and the chemistry on the team has never been better.”

Swope is looking to make an immediate impact with her new team.

“My goal for this group is, in May, they look back on this 2019 spring season knowing they played their best tennis and continued to developed their game,” said Swope.

“And especially for our seniors, that they enjoyed being an SFU student-athlete.”