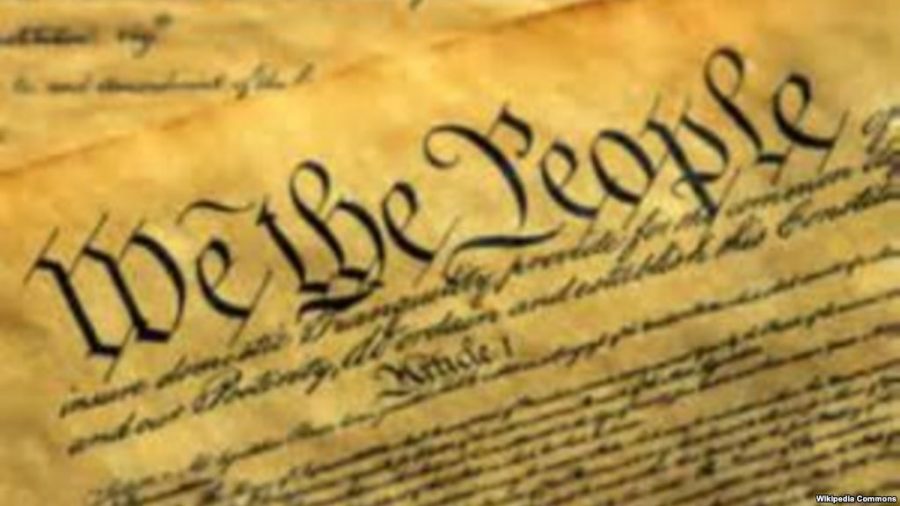 Melusky received an invitation to the National First Amendment Conference at Duquesne. Joining him at the conference were students Elliot Biddle, Brad Cain, Cory Kumpf and Jared Ohler.

The conference’s agenda included a tour of the Duquesne University School of Law, followed by a luncheon hosted by the Dean of the law school, Maureen Lally-Green, and lectures from several national-profile guests.

“We do attend various events at Duquesne on a fairly regular basis, but this conference is not an annual conference,” Melusky said. “This was a special VIP invitation to Saint Francis.”

For Melusky, the topic of “fake news” was a relevant and important takeaway from the conference.

“President Trump appropriated the term ‘fake news,’” said Melusky. “He started using it to refer to any story that portrayed him negatively.”

Biddle, a junior political science major, said he wished he could have been there for the second day of the conference to hear Tinker speak.

Tinker is a free-speech activist known for her role in the Tinker v. Des Moines Supreme Court case. Tinker was suspended from school as a young girl for wearing a black armband symbolizing her support for an end to the Vietnam War.

“[The First Amendment] hasn’t changed since it was originally written; yet, it has had to be interpreted differently in so many situations,” said Biddle.