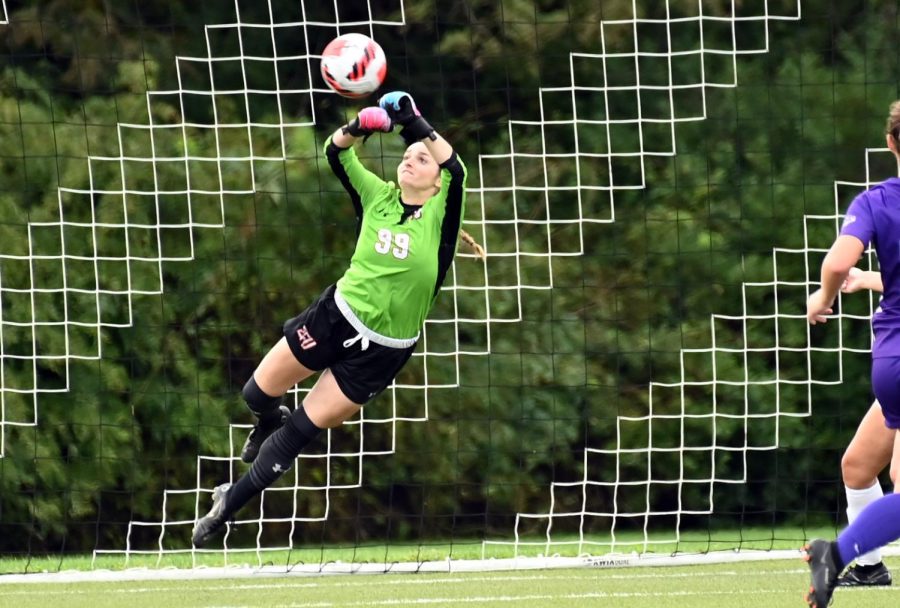 The women’s soccer team won its first Northeast Conference game of 2022 and extended its winning streak to three matches with a 2-0 home victory over Wagner on Sept. 15.

SFU has not given up a goal during its current three-game winning streak. The last time a Red Flash women’s soccer team delivered “clean sheets” for three consecutive matches was in 2017.

The three-match winning streak follows a tough opening to the season for SFU, one in which the squad lost six straight games.

“Hard work pays off,” said first-year head coach Sara Butler. “It was not an easy time for my team, but we’ve gotten our confidence back.”

Prior to the win over Wagner, the Red Flash had defeated Delaware (1-0) and Niagara (1-0) in a pair of home matches.

The team is now 3-6 overall and 1-0 in the NEC entering its home game against Fairleigh Dickinson on Sept. 22.

The team is 3-1 in matches played in Loretto this fall.

“Our belief in ourselves, each other and the coaching staff has definitely helped us push through and will help us through the rest of the season,” said goalkeeper Sarah McConnon.

A junior Occupational Therapy major, McConnon made three saves in the win over Wagner.

Tomke Dziesiaty and Raine Korpics scored the goals for Butler’s team against the Seahawks last week.

“We want to continue to work hard to win more games in the conference, and we want to do better than we did last year,” said Dziesiaty, a sophomore Exercise Physiology major from Germany.