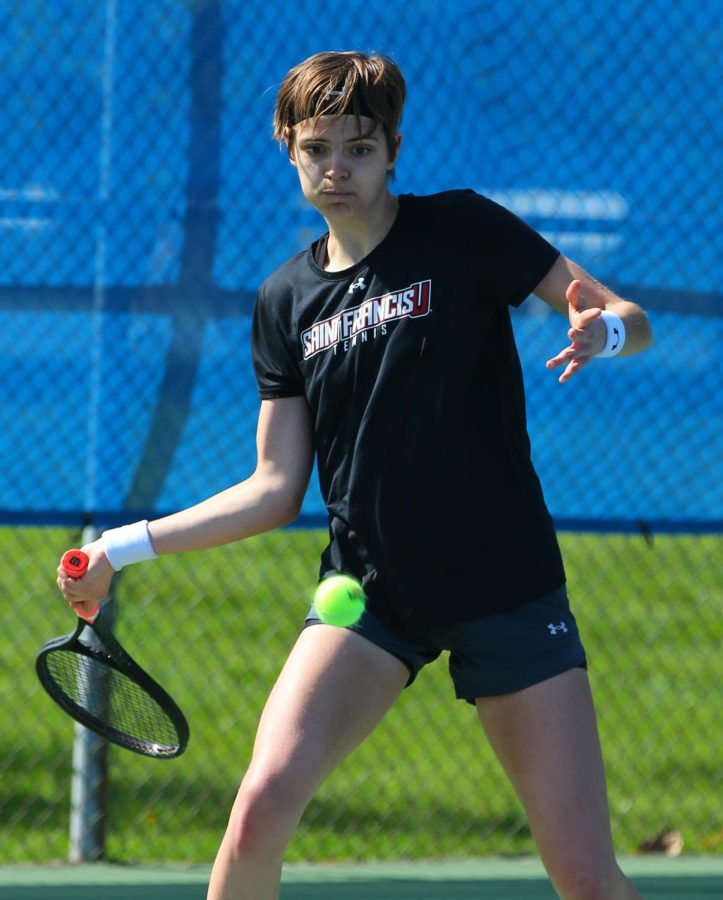 The men’s and women’s tennis teams competed at the NEC Championships in West Windsor, New Jersey, on April l4.

The women’s tennis team faced second-seeded Fairleigh Dickinson, while the men’s squad squared off against Saint Francis-Brooklyn, which was also a No. 2 seed.

Both Red Flash squads lost by scores of 4-0, ending their seasons.

On the women’s side, Dominique Yeo and Valeria Vinces lost 4-6 in No. 1 doubles and Bente Vandeputte and Anouk Ma-Ajong lost by the same margin at No. 3 doubles.

When their doubles match was suspended after FDU had secured the team win, Anoek Pruijmboom and Romina Cutipa were in a tight match at No. 2.

Cutipa – a senior from Peru – was satisfied with her team’s effort.

“We played well and we had good attitude,” said Cutipa. “We had some chances that we should have taken, but I did feel like we were pushing hard against strong opponents.”

“I was actually playing well,” Vandeputte said. “It is the best I have played in a while. My opponent was strong, but I felt like the wind was in my favor as she struggled to deal with it in the beginning.”

On the men’s side, Saint Francis-Brooklyn earned the doubles point with victories at No. 2 and No. 3. Sebastian Pinos and Andrew Teixeira lost 4-6 in No. 2 doubles and Jordi Garcia and Christian Banti fell 0-6 at No. 3.

Marc Fuste had the closest margin in the unfinished matches. He was in the third set of a 6-3, 1-6, 0-1 match when play was suspended.

“I felt like I was playing a good match,” said Fuste, a sophomore from Spain. “I was feeling comfortable with my strokes, especially my forehand.

“It was a good opponent and tough match.”