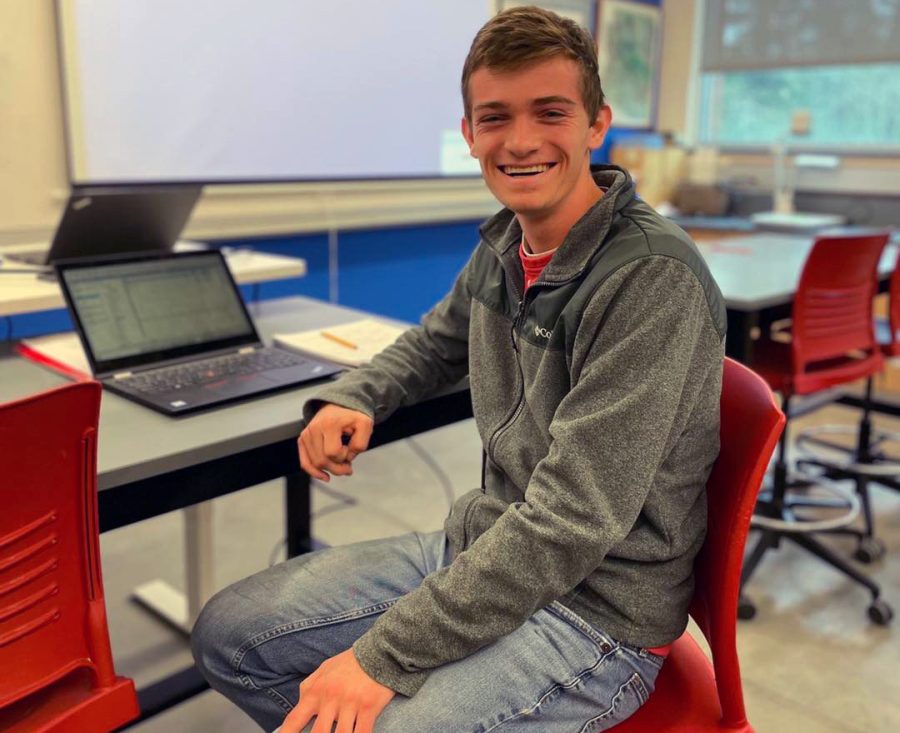 Environmental Engineering major Matt Berzonsky has been selected to receive a 2022 Goldwater Scholarship.

The scholarship, named after former U.S. senator Barry Goldwater, is among the oldest and most sought-after undergraduates scholarships in the United States. It is awarded to students who excel in the natural sciences, engineering and mathematics.

Berzonsky, a junior from Indiana, Pennsylvania, has actively participated in research opportunities dating back to his high school career. Once he got to SFU, he began pursuing research activities with Travis Tasker, an assistant professor of Engineering.

“Matt has basically done everything,” said Tasker. “Any type of project I’ve ever talked to him about, he’s been really excited.’”

Berzonsky was told he had been awarded a Goldwater Scholarship as one of his classes was ending. A few moments later, the Engineering Department faculty surprised him with a celebratory party in honor of his accomplishment.

“It was cool,” said Berzonsky.

Three faculty members from the Engineering Department participated in the celebration, including Tasker, Rachel Wagner and Joel Bandstra.

Pete Skoner, Dean of the School of STEAM, was also in attendance. Dr. Paul Johns, the University’s last recipient of a Goldwater Scholarship, participated in the celebration via Zoom.

Johns, who received the award in 2006, currently works as a Research Chemist at the U.S. Naval Research Laboratory.

Berzonsky intends to pursue a doctoral degree in a field related to environmental engineering and continue his research efforts.

“All of us are really proud of him,” said Tasker. “I’m excited for him and looking forward to his next steps.”