Tickets on Sale for “Hello, Dolly!” 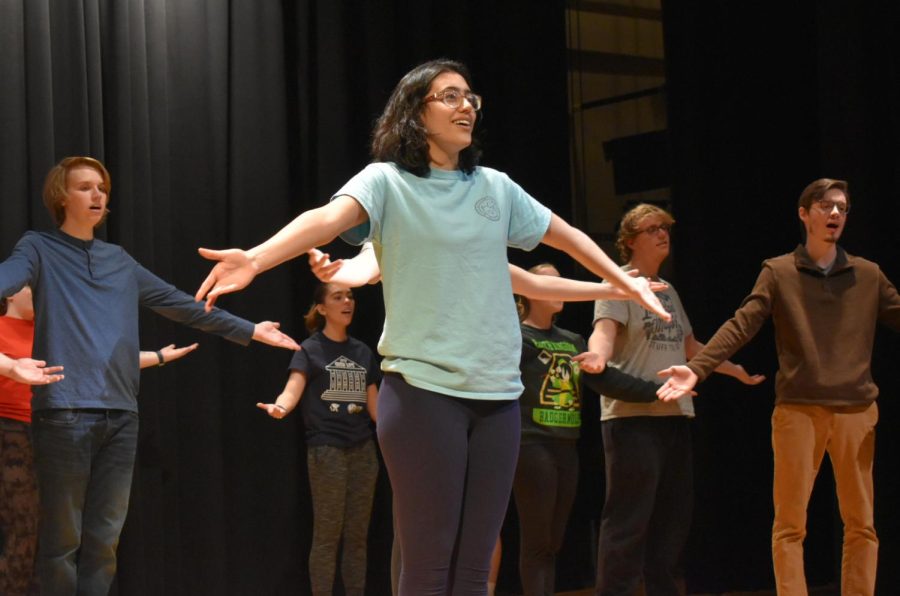 The Center for Fine Arts will be presenting “Hello, Dolly!” at JFK Auditorium in two weeks.

The closing performance will be held on Sunday, April 24, at 2 p.m.

“Hello, Dolly!” tells the story of Dolly Levi, a matchmaker from New York. She is on a mission to secure a match for herself: Horace Vandergelder, a half-millionaire from Yonkers, New York. Along the way, the show includes show-stopping numbers and comedy.

Senior Kayla Rosas plays the role of Dolly Levi. Rosas has been acting for 14 years and has performed in several shows at SFU. Most recently, she portrayed Daisy Buchanan in Altoona’s Community Theater production of “The Great Gatsby.”

“My character is a captivating and spirited matchmaker, who orchestrates the love lives of the Yonkers’ citizens around her,” said Rosas. She said the show also tackles more serious subjects, including economic distribution disparities and remarriage.

“Hello, Dolly!” has won 10 Tony awards, including Best Musical in 1964. Rosas said that she has studied the performances of the likes of Barbra Streisand, Bette Midler and Carol Channing, who have also performed the role of Dolly, in preparation.

“Most of the “Hello, Dolly!” cast has had previous experience working together in last

fall’s performance of ‘Our Town,’” said Rosas. “The countless friendships and memories I’ve made during rehearsals thus far have been amazing.

“I can’t wait to perform with this cast for my last time on the JFK stage.”

Senior Drew Crusciel, who portrays Vandergelder, echoed Rosas’ sentiments, while also acknowledging the hard work of the cast and crew.

“I am proud to be able to work with my fellow students, as well as our director, music director, choreographer and costuming director, and I am sure that everyone in the audience will have as much fun watching the production as we have had making it,” he said.

Tickets are $5 for students and $7 for general admission. There is also an option to attend dinner and a show for $30. The last day to buy dinner tickets is April 19.