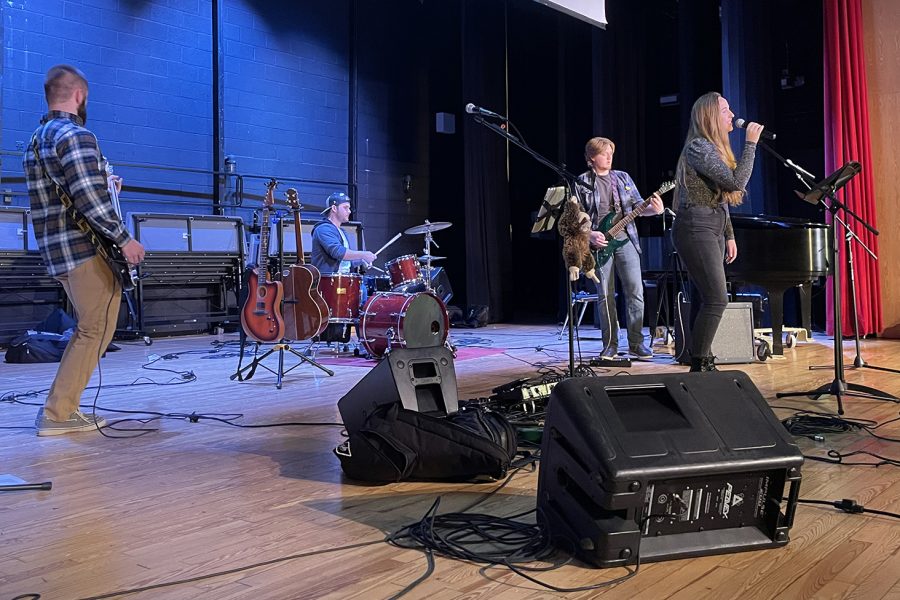 The money that was raised went to the International Red Cross, which is providing direct relief to the Ukraine.

Th event provided those who attended an evening of enjoyable music and a little bit of peace in the midst of a jam session.

“The goal was to raise awareness to the devastation that is happening over there,” said Otis. “Rather than just posting about it, we figured we could do something more tangible.”

The Russian military has recently targeted its bombs at hospitals, including a maternity and children’s facility.

“As hard as it is to watch the news, I continue to watch it to keep updated,” said Tonkin.

Tonkin said that after he saw the maternity hospital bombed, he felt compelled to take some sort of action.

He and Otis were able to organize the concert within a week. Numerous Saint Francis students helped with the fundraiser by coordinating and collecting donations. SFU students also helped run a livestream of the concert.

There was even an SFU band – the Setup Crew – that performed at the event.

“When Dr. Tonkin and Matt Otis asked me if I would be interested in helping out with the concert, I knew it would be a worthy experience so I said I was more than happy to help,” said senior Hunter Longenecker.

Before the event even started, $1,200 had been raised on the concert’s GoFundMe page.

The concert opened with the plying of the Ukrainian national anthem, followed by songs performed by the Setup Crew, Everett High School students and the musical group Matt Otis & the Sound.

In addition to the musical performances, several individuals spoke at the event, including a representative from the International Red Cross and a Ukranian woman, who expressed her gratitude.