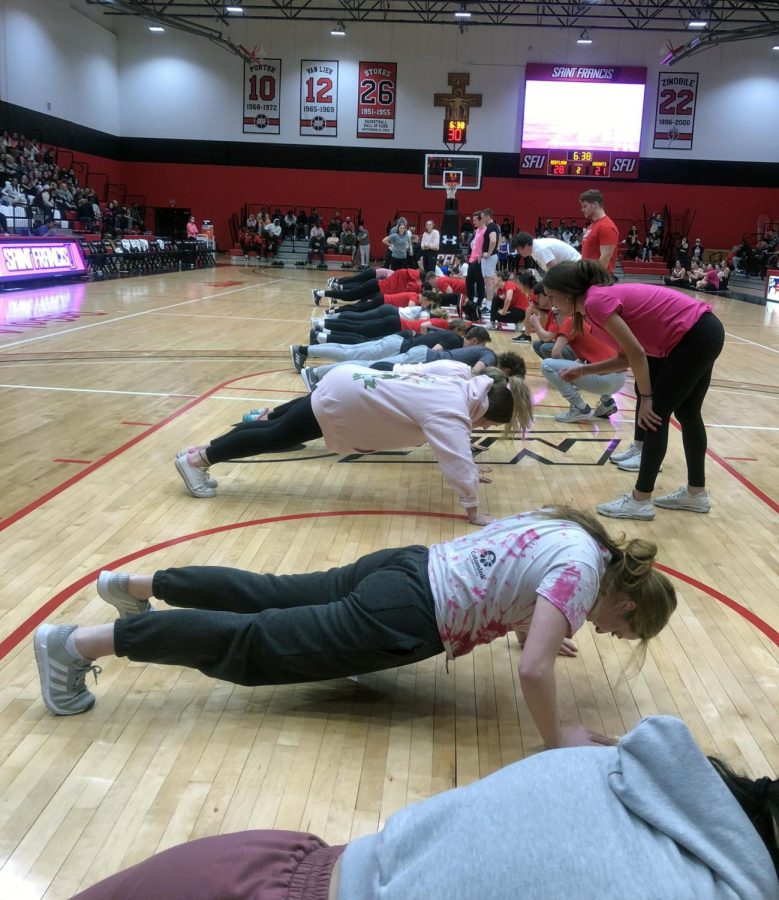 The women’s basketball team hosted Fairleigh Dickinson on Feb. 11 for its annual Think Pink Game and part of the festivities at the game was the Push-Up Showdown at halftime.

Student-athletes from many of SFU’s teams participated in the Showdown.

All of the donations raised at the event benefit the American Cancer Society. The event provides the Saint Francis community an opportunity to support those who are diagnosed with breast cancer, and also allows participants to help in the battle against the disease.

The Showdown is sponsored by SFU’s Student-Athlete Advisory Committee.

“The challenge was a fun and active event to raise money for the American Cancer Society,” said junior lacrosse player Sarah Klein.

“Doing push-ups and raising money embodies the essence of why we participate in athletics to begin with – to contribute to something higher than ourselves.”

“It was a great opportunity to incorporate athletics into raising donations for a fantastic organization,” said the junior from Milwaukee.