Dapaa Doing It All for Women’s Basketball Team 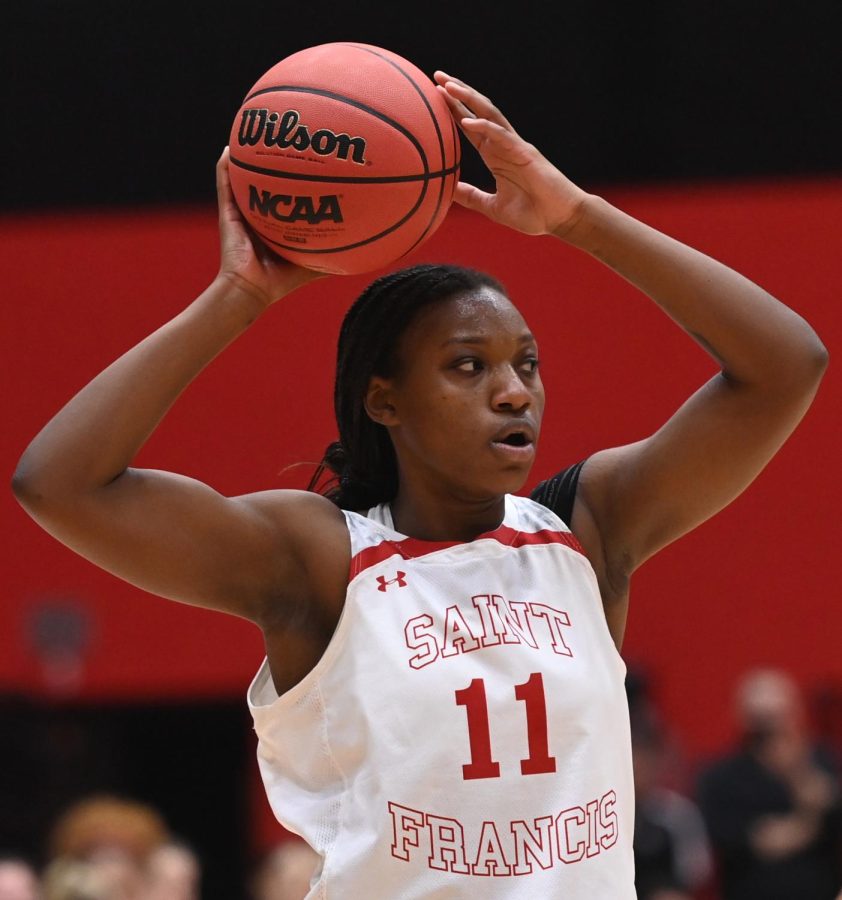 Senior Jada Dapaa has been dominant all season long for the women’s basketball team with her rebounding, and she is one of the primary reasons the Flash have found success in Northeast Conference action.

Dapaa is currently averaging 11.6 rebounds a game. This leads the NEC by a wide margin and ranks 13th in NCAA Division I. The 5-11 senior has grabbed more than 20 rebounds in two games this year and has collected 13 or more rebounds in seven of her team’s last nine match-ups.

“With the effective rebounding of Jada, we have been able to set up a quick transition from defense to offense after a stop, helping our tempo and pace,” said senior point guard  Jordan McLemore.

It is easy to see the connection and trust that Dapaa’s teammates have with her, as well as the dedication the senior team captain has to her sport. She has also provided consistent support to the new members of this year’s team.

“The will to win is what keeps me hungry,” said Dapaa. “Trying to share the ball and rebound is how I contribute to my team’s success.”

In addition to leading the NEC in rebounding, Dapaa also ranks 10th in the league in assists, averaging 2.57 per game.

The positive impact that Dapaa has made for her team, both on and off the court, has been evident to her teammates and coaches.

“I am enjoying seeing how electrifying Jada has become on the court, while stepping up as a captain and taking control of situations,” said head coach Keila Whittington. “Jada setting the tone has rubbed off on her teammates, which has made them want to play as hard as her every night.”

“I just focus on our game plan and try my best to help us win,” said Dapaa. “I don’t think about accolades.”

Whittington noted that the energy that Dapaa brings to both games and practices is off the charts.

“After our first couple of games, I conducted a players meeting and asked everyone if this was your last run, how would you like to be remembered,” said Whittington.

“Every game after (that), Jada was jumping out of the gym like something ignited her.”

In addition to her impressive rebounding and passing, Dapaa’s scoring is also up. She scored a career-high 19 in her team’s last game at Merrimack.

“It’s nice to see Jada putting the ball back in the rim after a rebound,” said Whittington.

“She plays like a Dennis Rodman – no matter what’s going on, she’s going to go all out.”