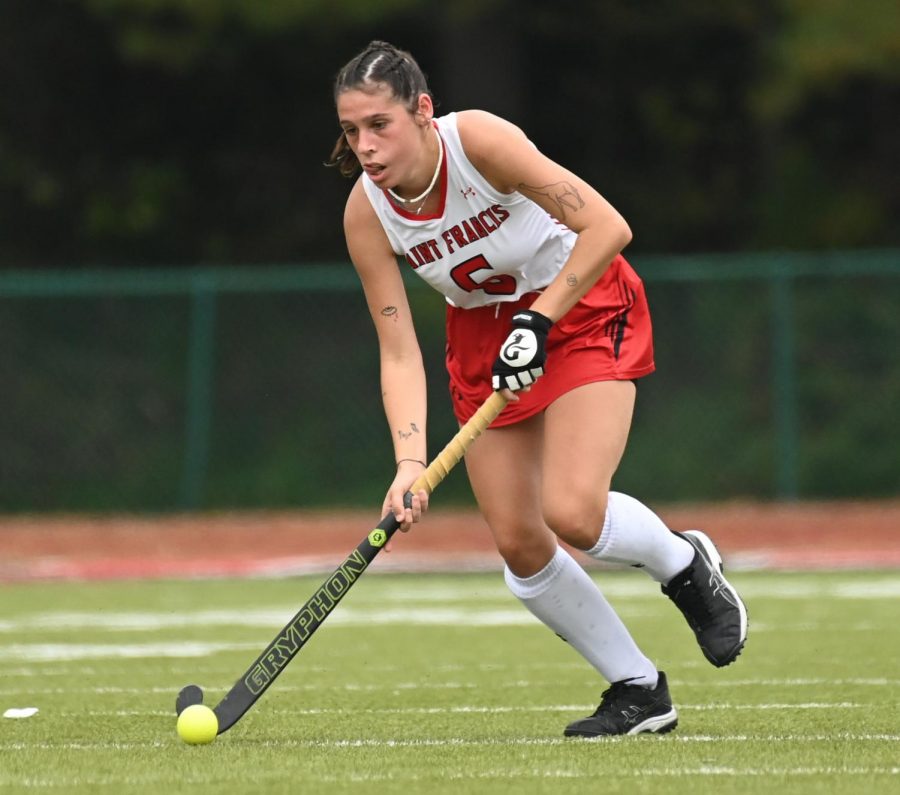 The Communications major scored a goal in four matches, including two two-goal performances in a 5-0 win against Bryant on Oct. 8 and in a 4-3 win against Georgetown on Oct. 17.  Ortiz was named the NEC Player-of-the-Week on Oct. 18.

“It feels good to have my accomplishments this season noticed,” said Ortiz. “I’m looking forward to continuing my career next season and hoping to have an even better season.”

Valentini scored eight goals and tallied six assists for a team-high 22 points in 2021. In the NEC, she ranked fifth in goals, sixth in points, and seventh in points-per-game. The Political Science major had a career-high two markers in a 2-1 win against Ohio on Sept. 19.

“Even though the season didn’t end up how we wanted, I’m still proud of the team and of my accomplishments this year, especially being a freshman,” said Valentini.

The field hockey team posted a 7-12 overall record and a 3-4 mark in the NEC.