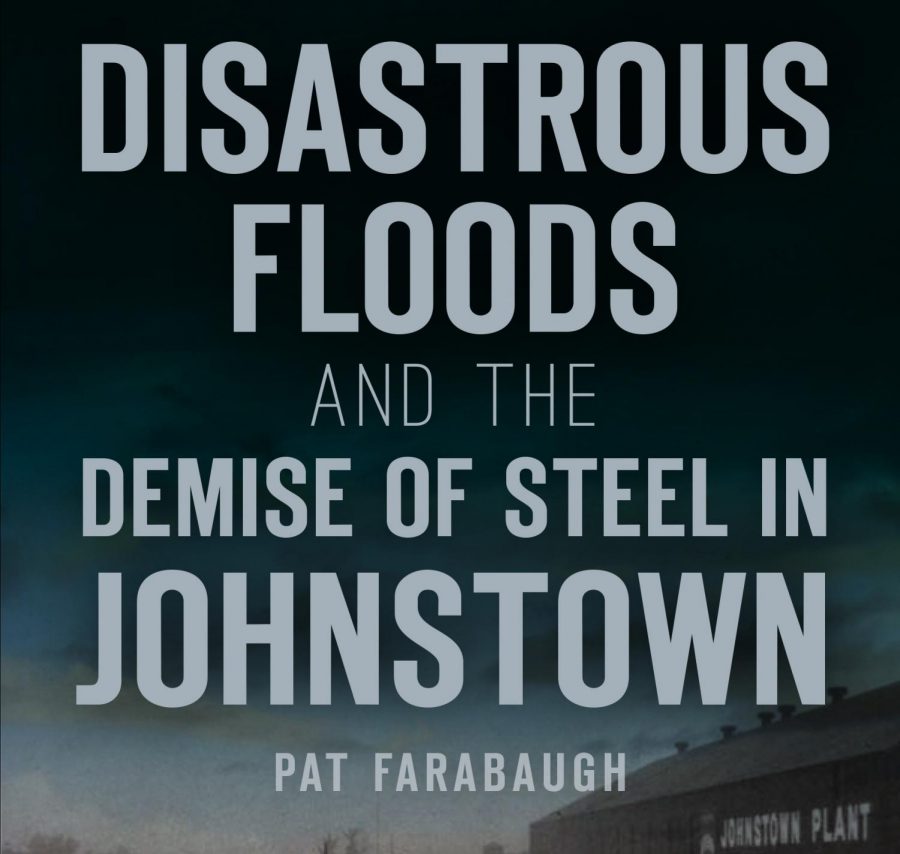 Communications Professor Pat Farabaugh’s new book on the three major floods that have hit Johnstown, and the region’s long history as a leader in the nation’s steel industry, will be released on Oct. 18.

The book is titled “Disastrous Floods and the Demise of Steel in Johnstown.” It explores the three major floods that hit Johnstown in 1889, 1936 and 1977, as well as the ups and downs of the steel industry in the region. Farabaugh’s book connects the economic challenges the city faces today to past flood waters and a once booming steel and coal industry.

For Farabaugh, writing the book was personal.

“My grandfather was a coal miner who suffered a fracture in his back in 1962 while working in a Bethlehem Steel coal mine,” he said. “He worked in Cambria County coal mines from 1932 until his retirement in 1970.”

The book is being published by History Press.

“I am really looking forward to the book,” said Associate Professor of History Denise Damico. “So many of my students are from this area and have heard stories about the 1977 flood from family members, and they want to learn more about it.

“Pat’s book puts faces and stories to this often-forgotten part of our past.”

The book examines the economic consequences for Johnstown and Johnstowners following the floods and the decline of steel in the region. Farabaugh describes his book as a “fair account” of the city’s history. He said the book highlights the resilience of Johnstown and its people.

Richard Burkert, president and CEO of the Johnstown Area Heritage Association, wrote a foreword to the book. Farabaugh said that Burkert provided valuable insight throughout the research and writing process.

Farabaugh will deliver a presentation on his book in JFK Lounge on Oct. 25 at 7 p.m. CES credit will be available at the event.