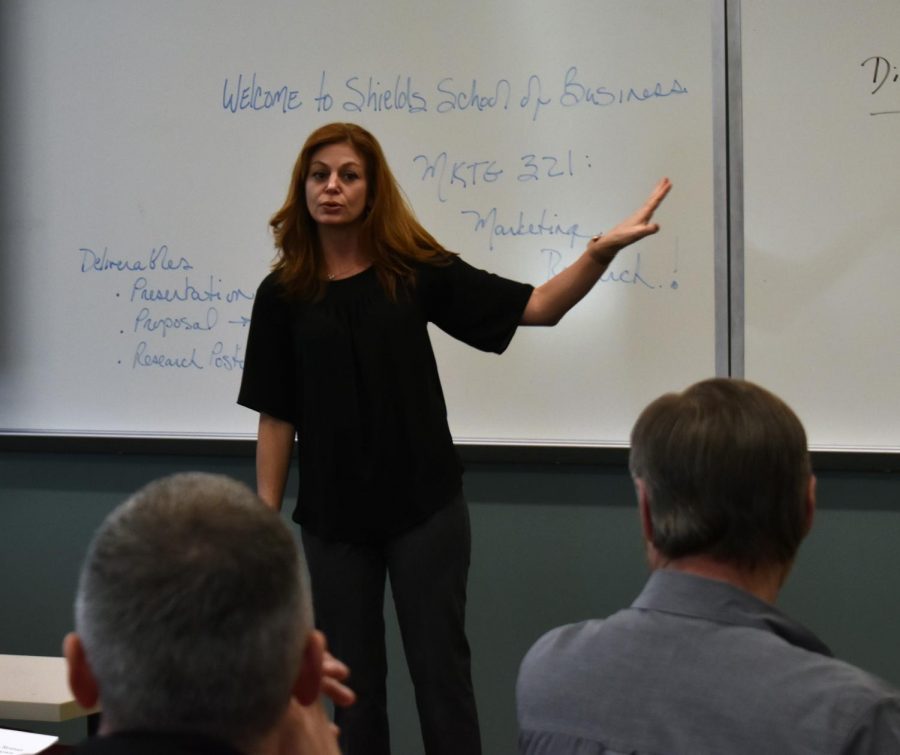 Tricia McFadden, an assistant professor of Marketing in the Shields School of Business, will become Dean of the Francis Worldwide School of Continuing Studies in January of 2022.

McFadden said she expressed her interest in Francis Worldwide’s dean opening to Karan Powell, Vice President for Academic Affairs. She said Powell supported the idea and advised her to apply for the position.

The interview process included sessions with representatives and stakeholders across the University community.

“It was incredibly humbling because they were giving me the opportunity to speak to them on a dean level,” said McFadden.

In addition to her teaching responsibilities on campus, McFadden also serves as advisor to the American Marketing Association (AMA) Collegiate Chapter at SFU. She also teaches in the Professor-in-Residence Program at Bishop Carroll Catholic High School.

McFadden said she plans to continue to teach, albeit fewer classes, as she transitions to her role as Dean of Francis Worldwide. She said she does not want to lose her connection to the University’s students.

“Besides seeing my kids at home, the best part of my day is honestly being in the classroom with students,” said McFadden. “That is my happy place, being able to disconnect from everything else.”

McFadden credits the remarkable mentoring she has received from those around her in the Shields School of Business for her success.

“I would not have been able to be in that interview seat without Dr. Frye and Dr. Miko mentoring me.”

Students who have had McFadden as a teacher believe her strengths will serve her well in her new role as dean.

“She is empowering to her students, both past and present, and will find common ground to connect with them and build those relationships,” said former SFU Marketing major Nick Mauro, who worked closely with McFadden in the AMA Chapter.

“Dr. McFadden takes the time to answer questions and reassure her students whenever it is needed.”

McFadden plans on “synergizing” Francis Worldwide with the other schools across campus. She said she doesn’t see Francis Worldwide as a non-traditional student program and she wants to reinvent it as a program that is available to students of all walks of life.

“The sky’s the limit. We have a global reach, but I do not want to ignore our own backyard,” she said.

“I want those in this area to know that Saint Francis can be a solution to improving their lives.”