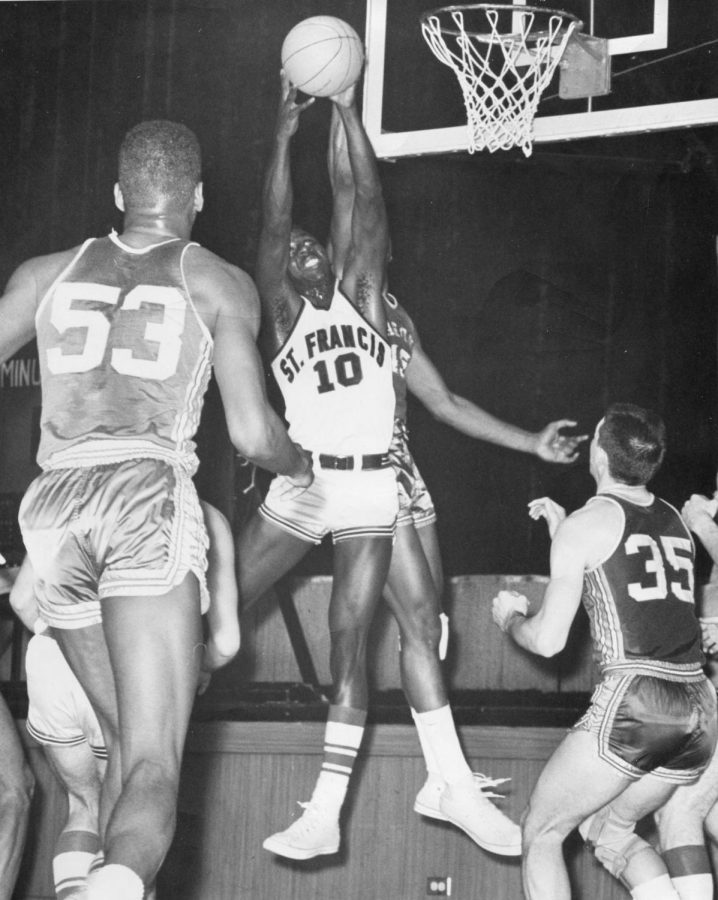 Sandy Williams, one of the greatest basketball players in Saint Francis men’s basketball history, died last month at the age of 79 in Atlanta.

Williams is widely considered one of the most prolific players in the program’s history and is one of just a few to tally 1,500 points and 750 rebounds in his career.

In addition to his athletic talent, many remember him for the person he was off the court.

“In every interaction I had with him, he had a sense of passion and humility. He was just an overall great person,” said head men’s basketball coach Rob Krimmel.

“He was one of the greatest players to ever play at SFU, but he was just as great a person.”

Krimmel noted that Williams, a 1964 graduate, made an effort to keep in touch with the program long after he left campus.

“He would send a note, check in on everyone,” said Krimmel. “To hear him speak about his experience at SFU showed he was very grateful for his time and experiences here.”

On the court, Williams was an undersized player who possessed a unique skill set and a fierce tenacity.

“Sandy Williams enrolled at Saint Francis roughly five years after Maurice Stokes graduated and quickly began carving out his own legacy,” said Pat Farabaugh, the play-by-play announcer on Red Flash basketball games and the author of a book about Stokes.

“Like Stokes, he could score, he could rebound, and he refused to be outworked by anyone else on the court. His numbers speak for themselves – he is without question one of the all-time greats in our program’s history.”

Williams’ legacy will live on at Saint Francis. Whether he was leading the Flash in rebounds or simply having a conversation with one of the program’s current players, he will long be remembered as a special person and player.