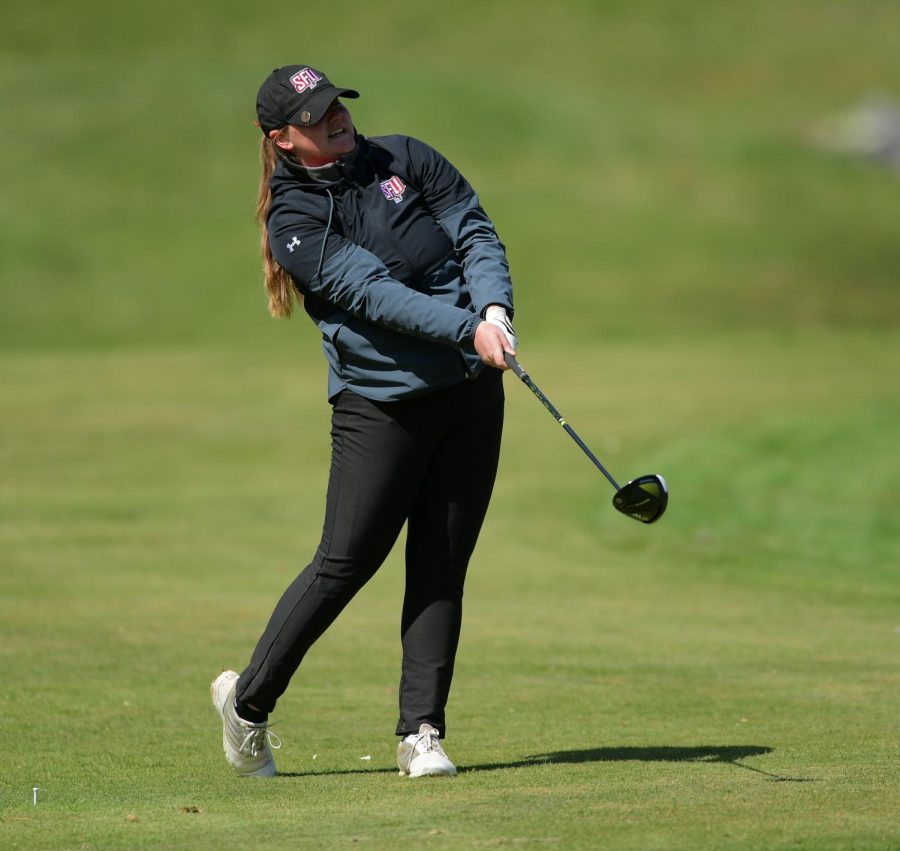 The men’s and women’s golf teams are prepping for the 2021 NEC Championships at Penn National Golf Course in Fayetteville, Pennsylvania.

These championship events will be contested over the next two weekends.

The Red Flash women’s team tees off this Friday, April 16, at the finals. The three-day tournament will conclude on Sunday.

Last year’s men’s and women’s NEC Golf Championships were both canceled because of COVID-19.

The Red Flash women’s squad is carrying momentum into the league championship after a strong runner-up finish in a four-team field at the Bucknell Invitational, April 10-11.

The team was led by senior Allison Appleton at Bucknell, who finished in a tie for seventh place at the event.

“We are looking forward to getting to conference and showing them what we can do,” said Assistant Coach Maddie Krug.

“We’ve been working hard all season, preparing for conference.”

The NEC Championship for the men is a week after the women’s conference finals at Penn National. The men’s tournament will run from April 23-25.

The men’s team got a preview of this course in its last action on April 2-3, competing at Penn National in a nine-team invitational.

The Flash finished fourth at that event and will tee it up this weekend at Wright State for one last tune-up before the conference tournament.

The Wright State Tournament is a two-day event (April 18-19) and will be held at the Heatherwoode Golf Club in Springboro, Ohio.

J.W. Cunningham and Marc-Antonie Hotte both finished in the Top 10 at Penn National earlier this month.

“Everyone has a lot of confidence after a solid couple of rounds at Penn National,” said Assistant Coach Max Kirsch.

“We know what we can do at the course.”