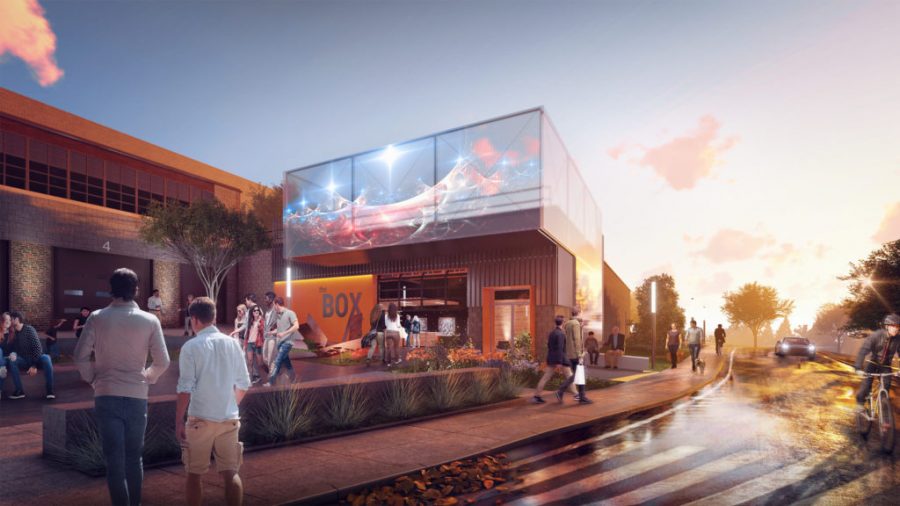 The University announced several years ago that it is building an approximately 14,000-square foot Fine Arts Building that will be named in the memory of Kenny Resinski, SFU’s longtime theater director who died in 2013.

A ceremonial groundbreaking will take place in October, with actual construction scheduled to begin roughly a year from now in May or June of 2022.

With approximately a year of construction time required and factoring in for possible delays, University officials anticipate an official ribbon-cutting and opening of the building in December of 2023.

Bonnie Resinski, Kenny Resinski’s wife and someone who is also very active within SFU’s fine arts program, came up with the idea for the project and it was well-received.

“When we held our first meeting of faculty, administrators, alumni and students, we had 60-75 people there,” said Bob Crusciel, SFU’s Vice President for Advancement.

The majority of the money raised for the project thus far – around 90 percent of it – has come from students involved with SFU’s theater program who worked with the Resinskis during their time in Loretto.

Originally, the plan was to turn the University’s Physical Plant Garage into a Black Box Theater, but due to the generosity of donors to the project, an entirely new Fine Arts building became feasible.

The “Resinski Black Box Theater and Center for Fine Arts” will be located across from DeGol Field.

What makes this project unique is that all different fine arts groups will be able to utilize the new building, whether it’s marching band, the dance club, or students involved in the theater program.

“The new theater is such a big step up for us,” said Madison Book, a senior Occupational Therapy major who recently performed in the school’s “Seussical” production.

“JFK isn’t always available when we need to have rehearsals, so this new space is much needed.”

The new facility is expected to set Saint Francis apart from some other schools and make it an attractive option for high school students interested in the fine arts.

“One of the things we’re excited about is that we, as an institution, believe that this building will further enhance the fine arts experiences that students have,” said Crusciel.

“There will be more opportunities for current and prospective students to do more in the fine arts while they’re here.”