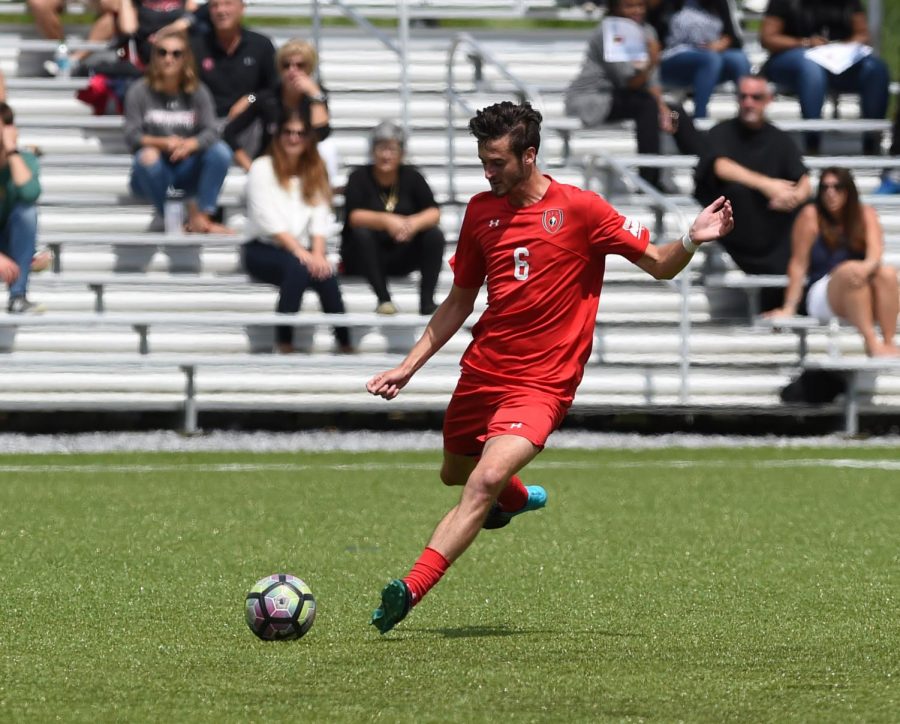 Saint Francis alumnus Kaelon Fox has signed with FC Tucson of USL League One for the 2021 season.

Prior to coming to Saint Francis for a graduate year in 2017, Fox played three seasons at the University of Kentucky. During his lone year at SFU, the defender tallied three goals as well as an assist while starting all 18 games.

Fox is now in his fifth season of professional soccer since leaving SFU. He started his career in 2017 with Reading United AC in USL League Two, and then with Mississippi Brilla FC in 2018.

Fox helped both squads to second-place finishes in their divisions.

The former Red Flash player continued his career in Iceland for the last two years.

“Kaelon is a leader, in all aspects of the word, and is exactly the type of guy a coach loves to have in a locker room,” said Campbell.

“We are all excited for Kaelon and the opportunity that he now has at FC Tucson,” said Olszewski. “He has worked hard to get where he is.”