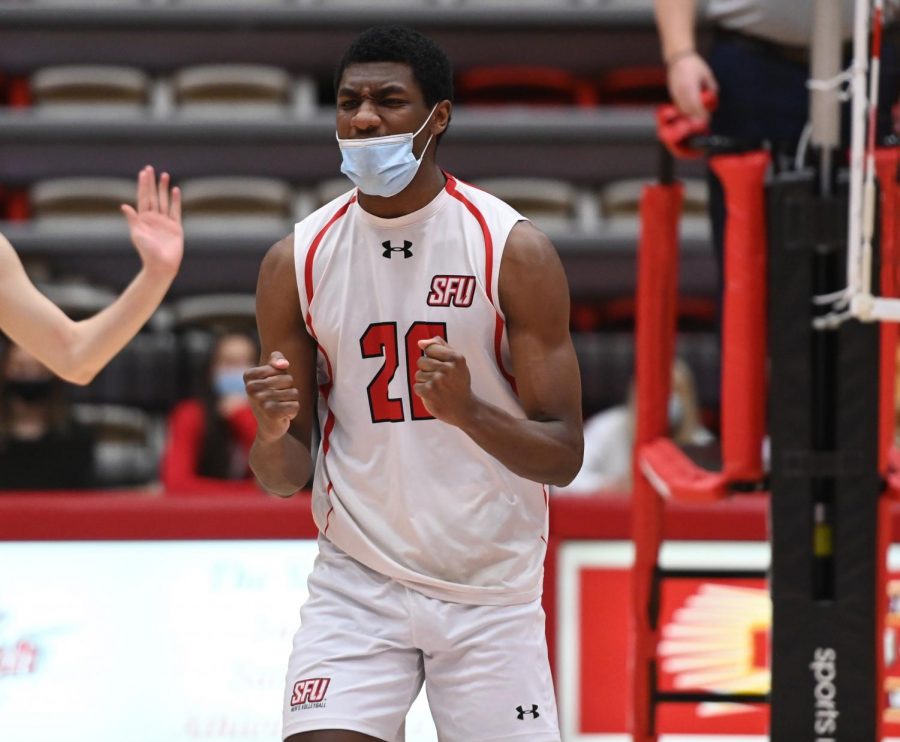 SFU defeated the Golden Eagles, 3-0, on Saturday (March 20), after winning a 3-2 decision from the home team a day earlier.

The last time the team played Charleston – in Loretto in mid-February – it lost both matches. The team’s improvement since those matches earlier this year was on display last weekend.

“This weekend required a ton of communication from everyone on the court,” said redshirt sophomore setter AJ Schmidt.

“I was really happy to see everyone contribute in their role and ball control was great, passing and hitting-wise, which made my job much easier.”

Schmidt had 44 assists in the win last Friday and contributed 33 assists and two aces in Saturday’s victory.

Redshirt junior Josh Blair’s performance was also key to the sweep of the Golden Eagles. Blair had five blocks and 12 kills in Friday’s win. He served up a crucial ace in the fifth game on Friday to help the Flash secure the victory.

On Saturday, Blair recorded seven kills and two blocks in the 3-0 victory.

“It was great to end the weekend with two more wins under our belt,” said Blair. “Hopefully we can keep this win streak up.”

SFU hosts EIVA rival George Mason for a pair of matches this Friday and Saturday at the Stokes Center. Friday’s match begins at 7 p.m. Saturday is a 5 p.m. start.

“We are really excited to get back to it next weekend against George Mason at home,” said Schmidt.