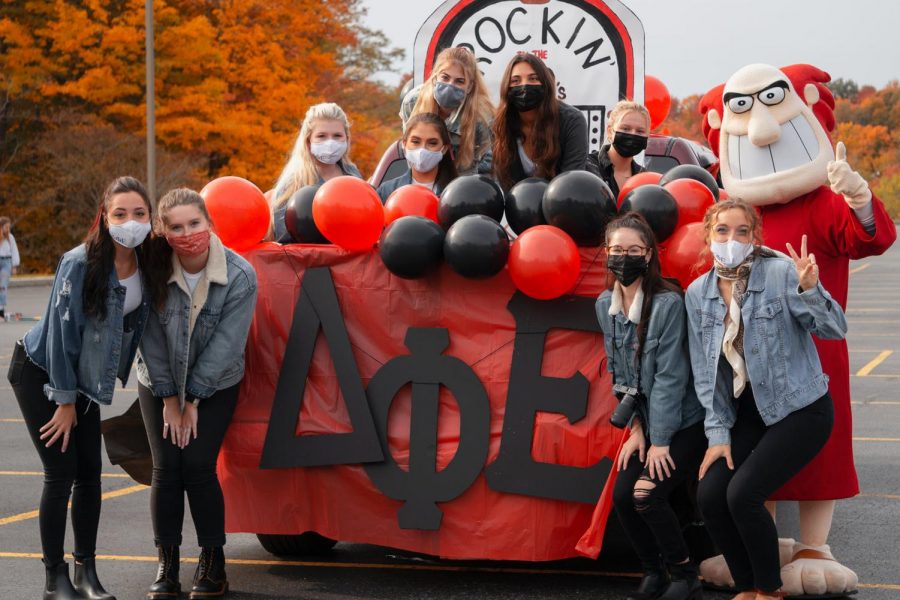 “Bid Day is so important to Greek Life because it is a day dedicated to the new members of our chapters,” said Carrigan Koontz, Phi Delta Kappa Sorority president.

“It’s a great start to so many people’s lives. I would have never imagined that accepting my bid would change my life so much.”

SFU’s Greek community welcomed more than 60 new members into its sororities and fraternities this semester. The majority of this group was freshmen in their first semester of eligibility.

“There isn’t much to do in this area, so it kind of forces you to get involved with something if you don’t play a sport,” said Luke Greaves, Alpha Phi Delta Fraternity president.

“You find where you fit in on campus. For some people, it’s a club. For others, it’s Greek Life.”

For the five weeks following Bid Day, new members participate in orientation activities. Each chapter has its own process.

All fraternities and sororities participate in a weekly new member orientation program hosted by the Center for Student Engagement.

Roughly 25 percent of SFU students participate in Greek Life. The University’s chapters participate in numerous social and philanthropic events and activities every year.