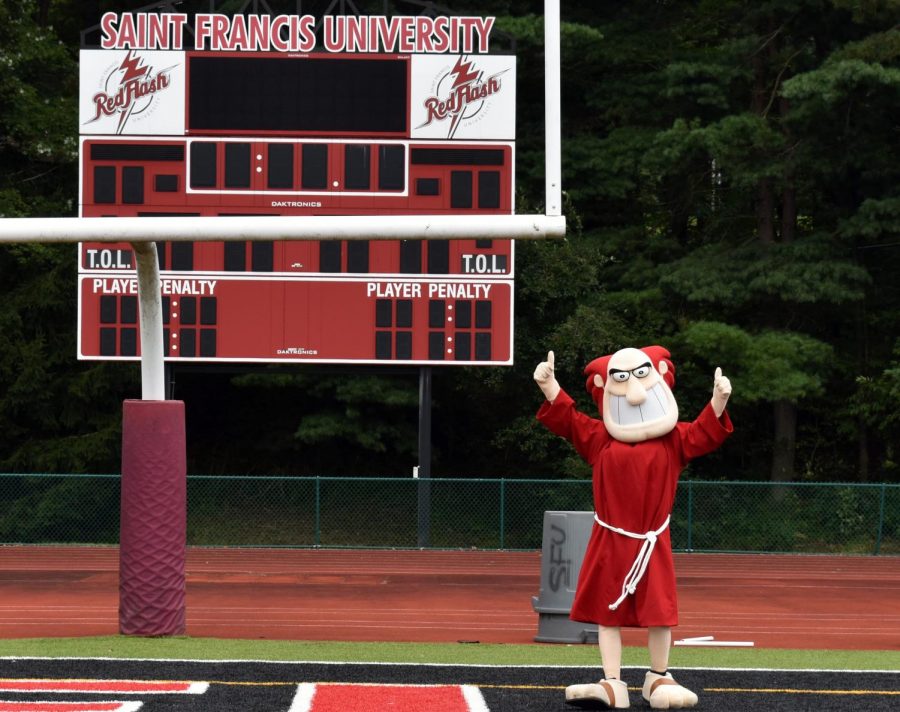 Jack Weidner is a senior English major and the Troubadour’s resident satirist:

Frankie the Friar has launched a dance strike until the school grants students a much-needed day of rest this semester.

“Mr. Frankie the Friar will not be dancing at any football, basketball or soccer games, nor bowling matches, water polo tournaments, quinceañeras or bar/bat mitzvahs,” said his press secretary this past week.

“It was a difficult decision for him to make, but he feels this strike is about the health of his fans in the long-term.”

Saint Francis is currently in the midst of a 14-week semester, with no breaks, in order to finish at Thanksgiving, and Frankie believes this is too much for the school’s students.

“I’ve seen them in the dining hall, staring out into the empty void, pondering the meaning of life,” said Frankie in an exclusive interview.

“I need to get those kids at least a day of Netflix in bed, binging like a normal student. One mascot might not be able to change the world, but I have to try.”

Frankie’s lack of dancing has been noticeable on campus, especially in administrative circles. The mascot apparently spends hours outside of Father Malachi’s office, motionless with his head bowed, as the “Cupid Shuffle” blares out of his boom-box.

To sustain himself during this difficult time, Frankie has been willing to glumly sing the alma mater in exchange for food.